Welcome to Griffiths Racing where dreams do come true!

It takes a great team to compete against the best and Robbie Griffiths Racing has all the elements required to get any horse across the line first. From the sales ring to the winner’s stall, Robbie Griffiths will get the best out of your horse in race after race, season after season.

With a brilliant mind for training horses, a great team behind him and the best of facilities at his disposal, Robbie Griffiths Racing is the perfect place for any thoroughbred to succeed. Take the time to explore the Griffiths Racing website and see for yourself. 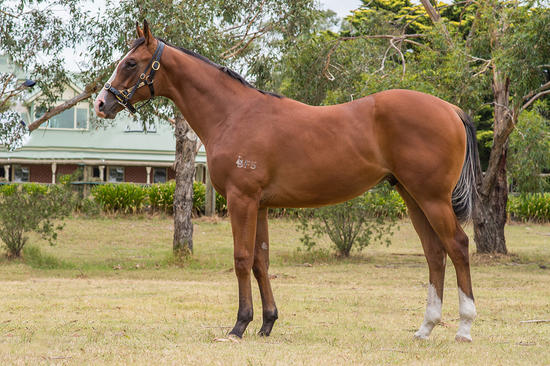 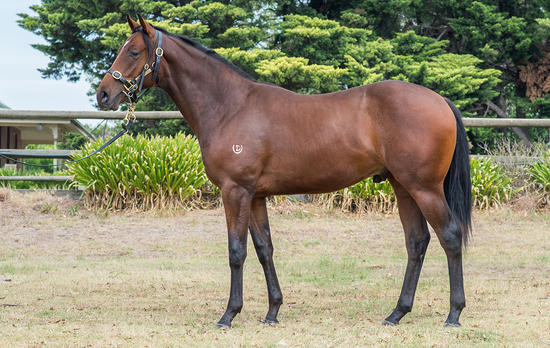 This colt is an outstanding individual by Reset, who doesn’t have great fertility, but what he does produce is quality, 33 stakes winners including the Caulfield Cup winner, Faulkner, Derby W... 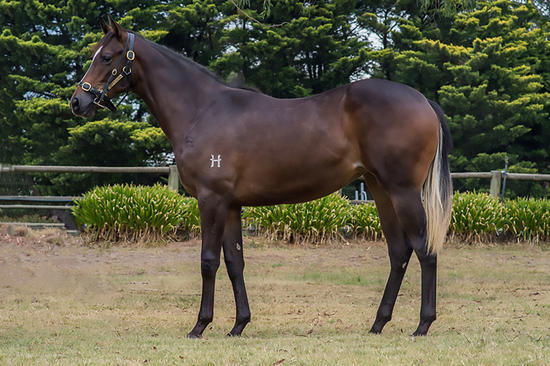 I have invested a lot into this dam, having purchased Classic Diva, a dual metropolitan winner and also a Pierro filly, La Pietra, who is shaping up well and I thought this was the best mating so far for thi... 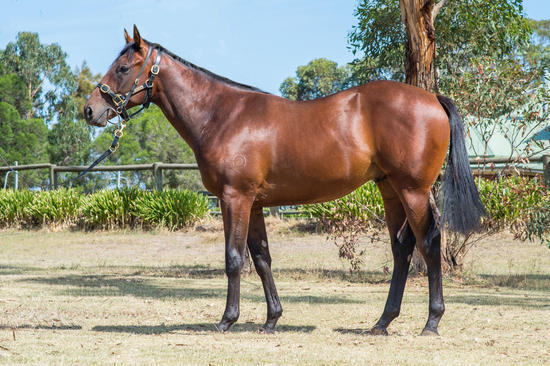 This is a good looking Bay colt by the most exciting sire in the northern hemisphere, No Nay Never. His progeny are flying overseas and this is his first Australian crop.
He is out of Solar Antiquity, a mare... 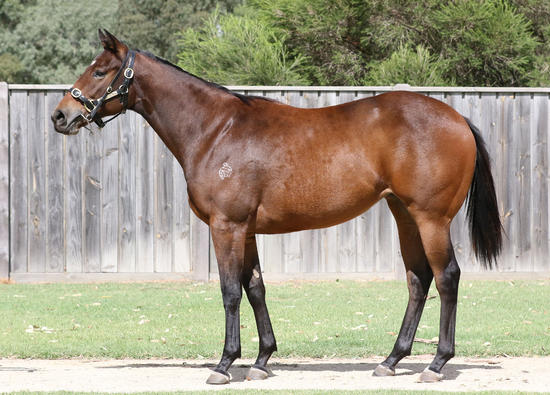 I bred this daughter out of Ruby Trois, the Seven time multiple metropolitan winner that I trained. She is by Rubition and a half sister to Beltrois, a Group 1 performer and multiple stakes wi... 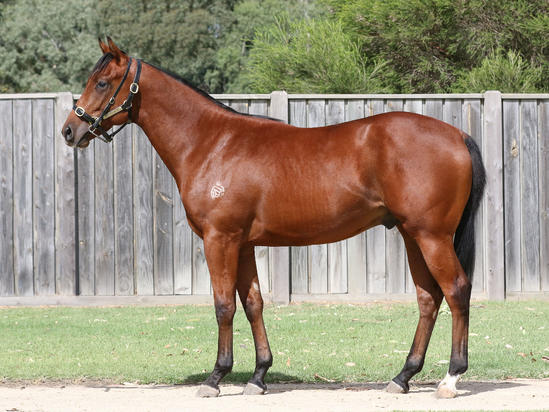 I bred this colt by Stryker out of Prospect Royale, whom I trained. She was only lightly raced but she was fast, she retired due to injury after being narrowly beaten at Caulfield.
Her fo... 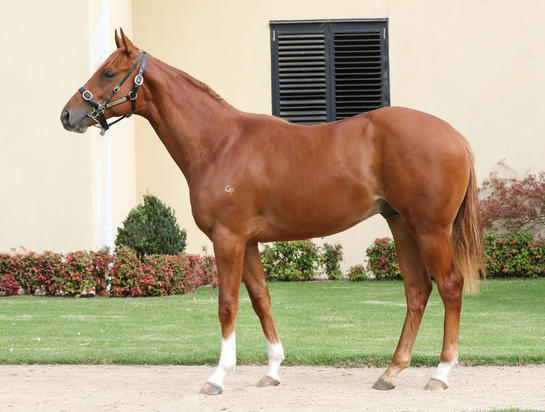 This colt was the bargain buy of the sale, he is chestnut in colour, just like his dad Starcraft and is out of a 1/2 sister to some of the faster horses we have seen in Terravista, Ball... 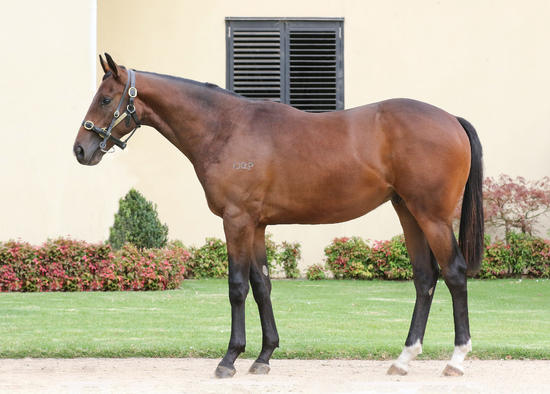 This colt is by first season sire Winning Rupert, who is a son of the flying machine Written Tycoon. He is a great colt, very athletic, with a fast walk and will run as qui... 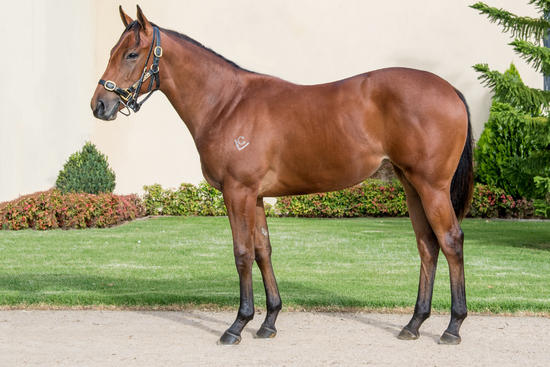 This filly is by Magnus and what a sire sensation he has been for our stable, he is the gift that keeps giving and there is no wonder I keep buying more. We have had 21 runners for 20... 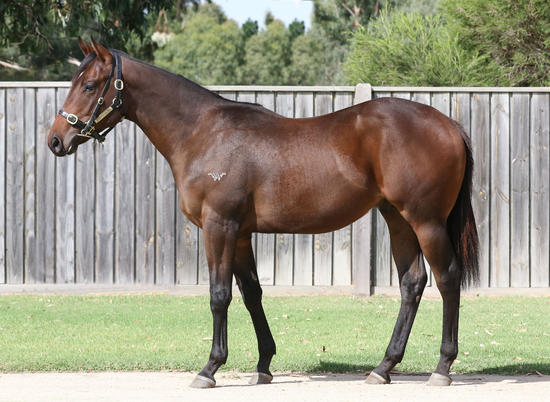 He is a strong colt with a big overstep and great muscle. He had a terrific scope and clean x-rays.

Rich Enuff was a great racehorse with a lot of speed and be... 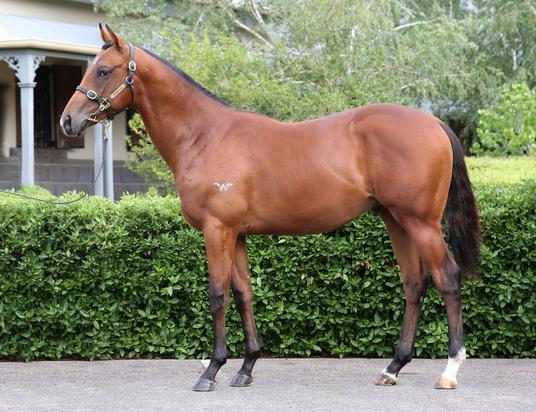 This is a terrific looking colt is by the son of Invincible Spirit, Cable Bay. Cable Bay is the next boom sire and his progeny are flying in Europe. He has great muscle, strength... 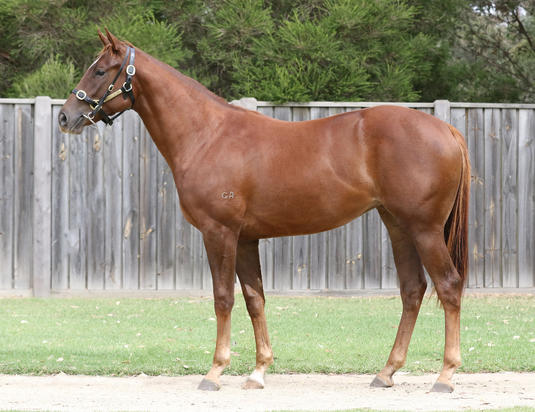 This filly is very similar to her dad, Starcraft, who was the winner of the Australian Derby. As a sire he has produced so many speed horses including Star Witness, who won the Blu... 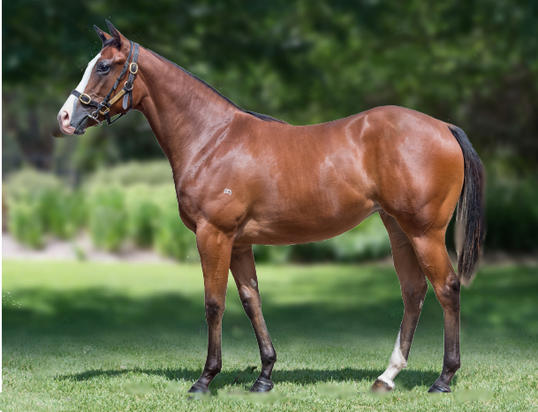 This great looking filly is by first season sire, Palentino. We all remember this dual Group 1 winning son of Teofilo, and this filly looks just like dad with a big white face, but ... 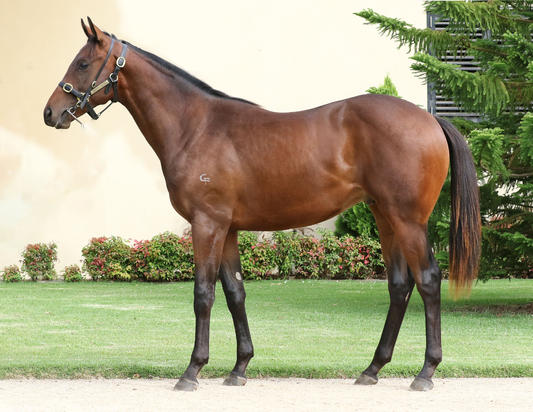 Lot 373 Cable Bay x Promenades Colt
Shares start from $5,933.35
This colt is by Cable Bay an exciting young sire who is taking all before him in Europe. He is by Invincible Spirit who is the sire of I Am Invincible and we have seen those bloodl... 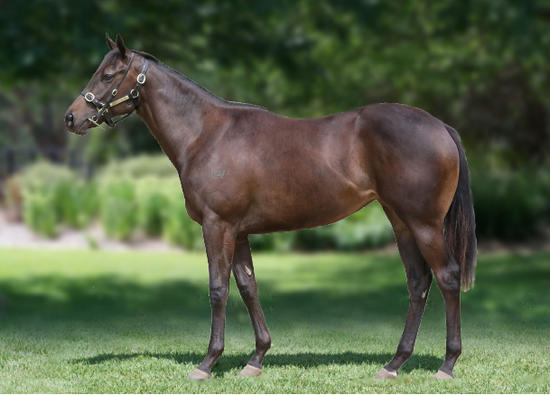 This filly is by Alpine Eagle, son of High Chaparral who was a star on the racetrack. He had terrific closing speed but was forced to stud early through injury. He is bred on the ... 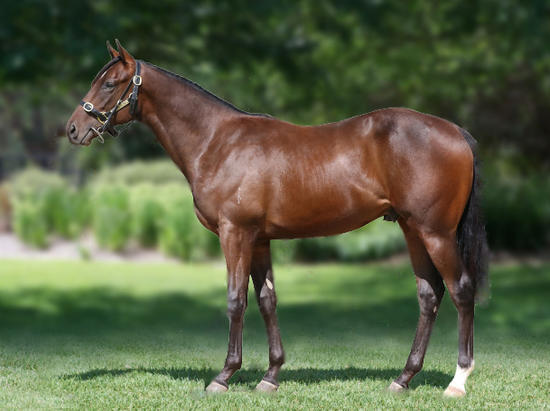 Lot 449 Toronado x Space Trip Colt
Shares start from $9,296.25
This colt by Toronado is athletic, quick and has a massive walk, he just motors. He is by a son of the great High Chaparral and from only two racing crops he has already sired Price of S... 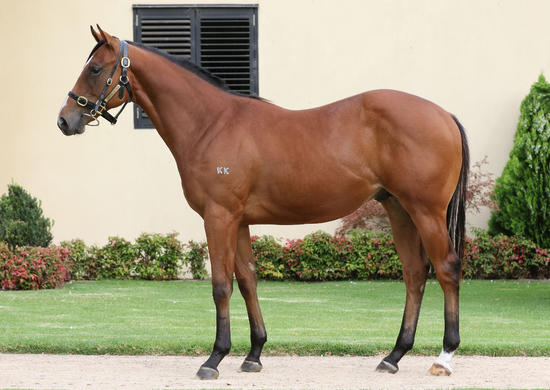 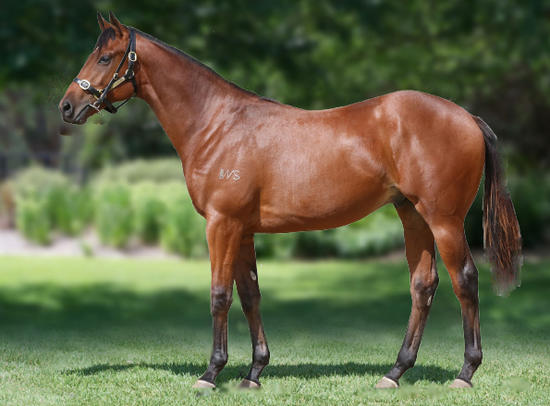 This Ocean Park colt is a well grown, bay colt with strong bone and great muscle tone. He is athletic with a big overstep. He is by Cox Plate winner and champion sire Ocean Park who has... 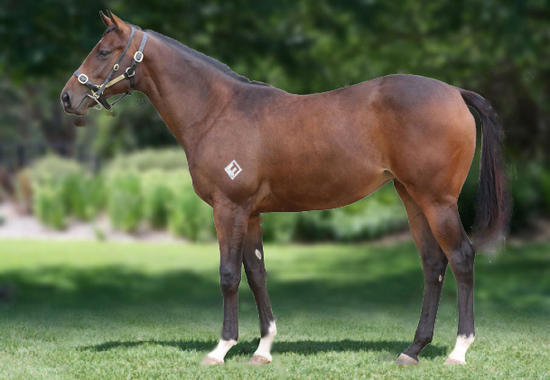 This is a gorgeous, athletic filly by champion sire, Written Tycoon. I have had a lot of success with the Written Tycoon progeny, It Is Written won close to a million dollars and Mr... 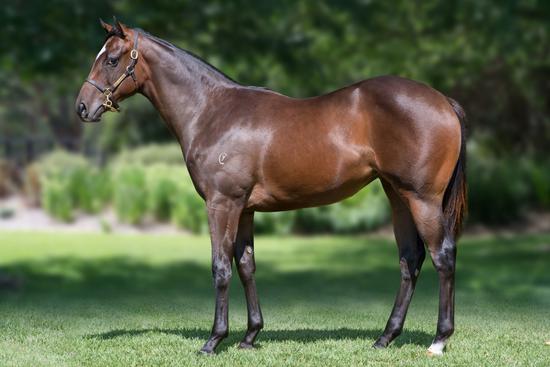 This is an outstanding filly by champion sire Pierro. She is very athletic, her walk is beautifully balanced with great flow, she wastes no time in the air.
Not only was Pierro a champion rac... 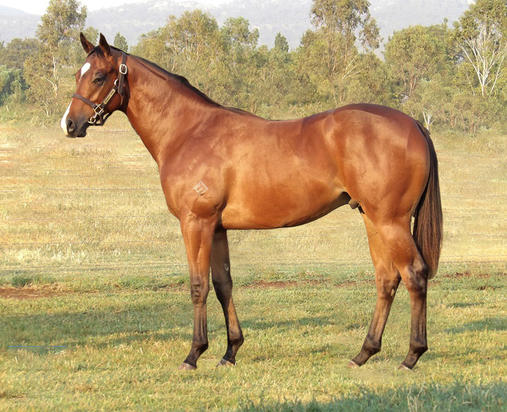 This Colt is by Magnus who my stable has had a lot of success with having 20 race for 19 individual winners, including Halvorsen, winner of the Group 3 Standish Handicap and the poster b... 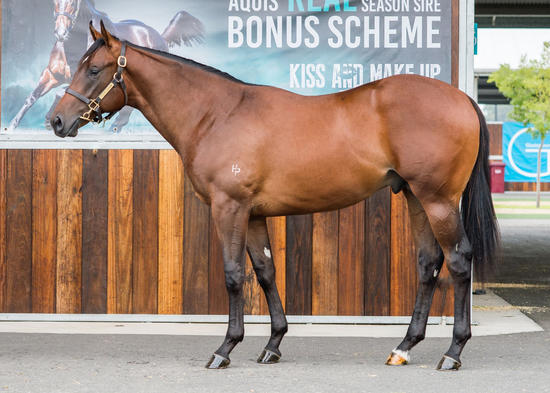 This good looking colt a son of Wandjina was a racetrack success winning the Group 1 Australian Guineas at Flemington and I think he is going to just as successful at stud, especial... 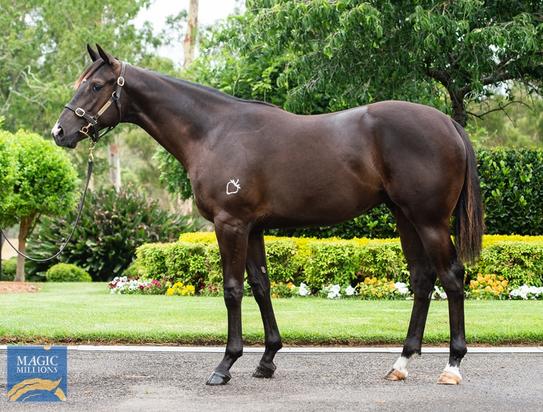 More Than Ready X All Enfield

He is a beautiful, athletic colt with a great walk. He is a 3/4 brother to More Strawberries and his mum is a 1/2 sister to All American, so he certainly has a super pedigree a... 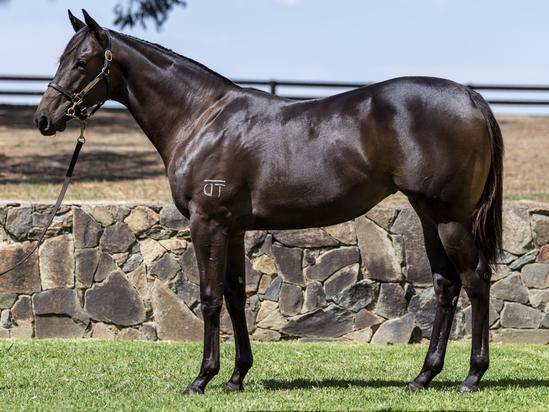 This stunning filly is by Pride of Dubai out of the Lonhro mare, My Obsession. She is absolutely stunning, she has muscle on muscle and a fantastic walk with a big overstep. Sh...