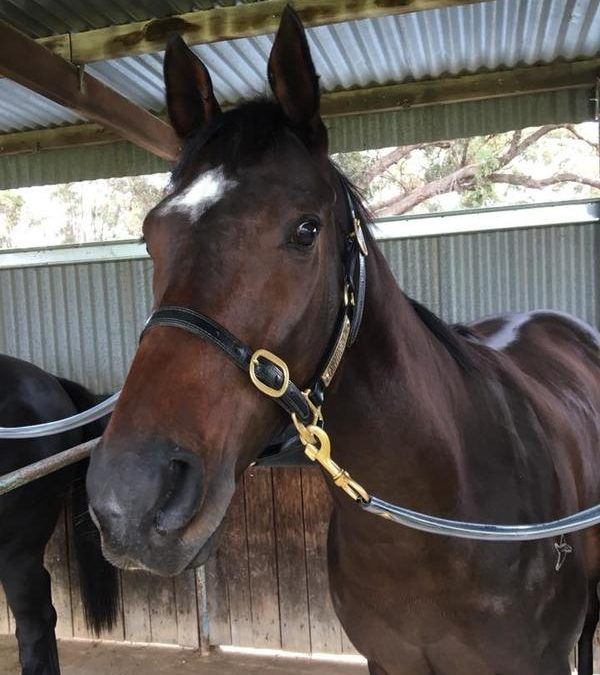 A furlong to go and Walhalla, favourite in the 1200m BM58 contest at Yarra Valley on Saturday, looked to be in trouble… he was travelling well, very well in fact – but just had nowhere to go!

Groans from supporters recalling just how unlucky this horse had been in his lead up runs but fortunately jockey Matthew Allen did not give up and when the split finally game Walhalla was keen to take it – and once into the clear he was off and away, quickly putting 3/4 length on his rivals.

It was a much deserved success on the back of two placings at the same track… “it was great to see him win,” Robbe Griffiths said, conceding that the four-year-old’s racing style does make it hard for him.

“He just needs things to go his way from back in the field but he is always thereabouts and this was a perfect ride from Matthew Allen… they were able to get the breaks at the right time to get the job done.”

Raced by long time stable support Rosemary Thomson, Walhalla has now won two races from his 12 starts and has a further eight placings on his resume.

Purchased at the 2016 Inglis Melbourne Premier Yearling Sale, Walhalla is a son of one of our favourite stallions Bel Espirt whilst his dam is the city placed O’Reilly mare Lacrimosa.

Bred locally by Max & Judy Clarke, Walhalla is a full brother to two winners and a half-brother to two other winners. He can boast amongst his relations the six times Group One winner Slight Chance, the Queensland Derby hero Brambles and the Telegraph Handicap winner Star Of Gold.