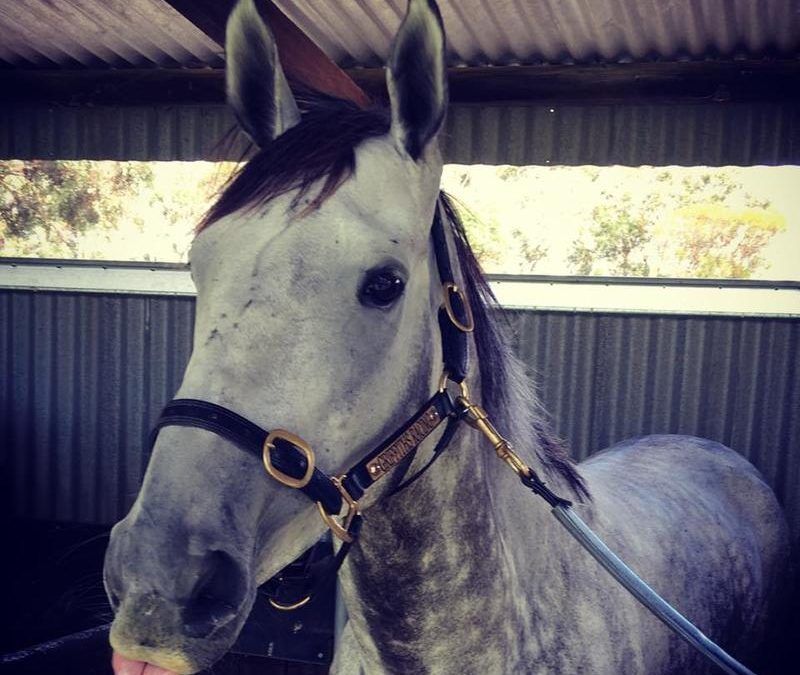 What an exciting finish it was by Cash Affair as she charged home from the rear to claim the 1200m BM64 contest at Echuca on Tuesday.

Having her first run since mid-January and her first start for us, the consistent grey settled a clear last but was suited by a good solid pace – though her success did not look assured as she turned into the straight with a wall of horses in front of her.

But the gaps soon appeared and once they did she was off and away, finding the line in determined fashion.

“I was just waiting for the run to come,” said Ethan Brown who has been enjoying good success in these heats of the Rising Stars Series.

“I was lucky enough to have the horse under me to get through. I looked at her replays and knew that her turn of foot was her big asset so I rode her to her ability.”

“It was great to see Cash Affair win at her first start for the stable,” Robbie said.

“Ethan rode her great to get the job done in fine style.”

A half-sister to the multiple city winner Tooleybuc Kid, she is out of the three times winning Danehill Dancer mare Four Kisses who was served last spring by Gold Standard.