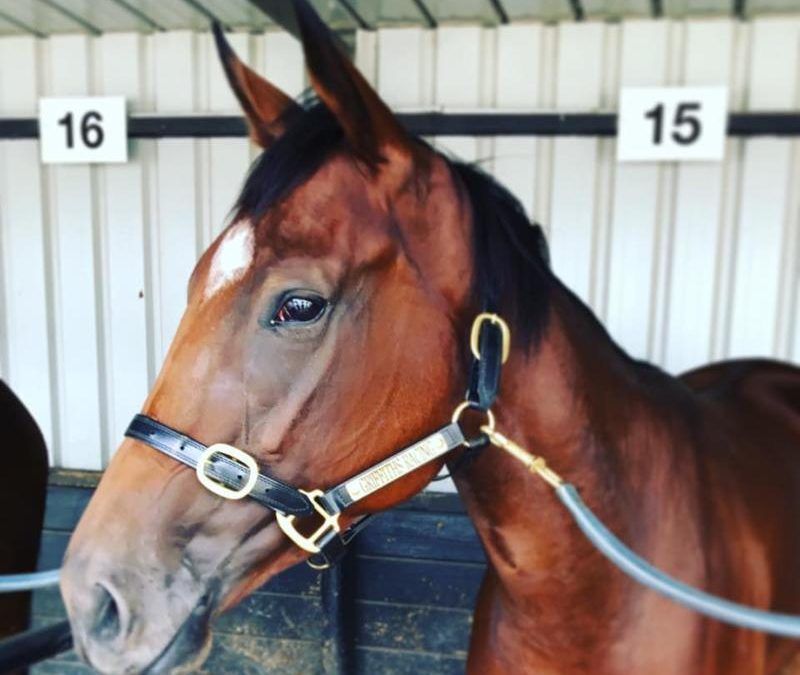 A nice recent addition to the stable, Maid Equal made a winning debut for us a Geelong on Wednesday – and was a gutsy effort it was by the three-year-old who was having her first run since last September.

Sent out favourite on the strength of form that saw her competitive in stronger company before her break, Maid Equal shared the lead and it was between her and Illuminaire in the run home – she and that stakes placed filly drawing clear to fight the race out.

An exciting battle ensued and fortunately it was our filly who gained the upper hand late, drawing clear to win by 3/4 length with a further 3 1/4 lengths back to the third placed Swanky Cat.

It was win number two from just seven starts for Maid Equal who, Jye McNeil reported, still does a little wrong – “she was a little bit awkward in the straight, she wanted to lay out a touch – but she did a really good job,” he said.

“I got going before the bend as she can be a bit one paced but she sprinted well fresh today.”

The stable’s Reid Balfour was pleased by Maid Equal’s performance, noting that “she came to us in great order and has been impressive in her work and her trials – so it was good to see her do that today, to dig in and fight for the win.”

“She is a really nice filly who can hopefully go on with it and have a good preparation, she looks to be a city grade horse.”

A home-bred for Limerick Lane Thoroughbreds, Maid Equal is a daughter of former shuttler Equiano and she is the first foal for the stakes winning Choisir mare Manhattan Maid who also has a two-year-old by Puissance de Lune – served last spring by Hellbent.