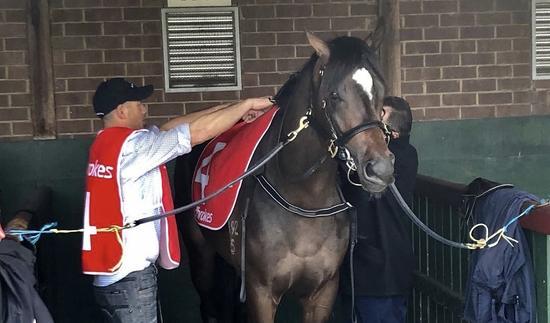 What a tough victory from the outside gate it was recorded by the promising Oceanity at Pakenham on Thursday evening, the lightly raced three-year-old having to do a fair bit early – yet so game in the run home.

“He did a lot of work in the first half of the race,” reported jockey Jamie Mott who reported that the bay jumped a bit too well – “I wanted to get him across but the horse on the inside was over-racing and keeping him out so we ended up three wide.”

“Then the leader gave a really good kick in the run home but my horse was really strong – though once he caught that horse he thought the job was done!”

In the meantime debutant We Know So was making a run from the rear but our boy just kept on keeping on – “luckily he had enough left to fight the other horse off as well,” Mott said.

Appreciative of a step up to 1400m having resumed with an encouraging third over 1100m, Oceanity is a horse ready to be tried over even more ground – “he took a while to winde up tonight and he will definitely improve once he gets out over a bit further,” said Mott.

Robbie Griffiths agreed, noting that this was the first time the horse had been able to be tried beyond a pure sprinting trip – “three of his first four runs were first up and every rider has said that he wants a mile – but because of immaturity he has gone straight to the paddock, this is the only time we have been able to stretch him out a bit.”

“I would not be surprised if he comes on a lot from that win,” he continued – “it is amazing what a win can do for a young horse and it is nice to get that maiden out of the way, now lets see if he can run up to his super pedigree!”

Sadly Slice Of Paradise is also no longer with us with her final foal being a yearling full sister to Oceanity.