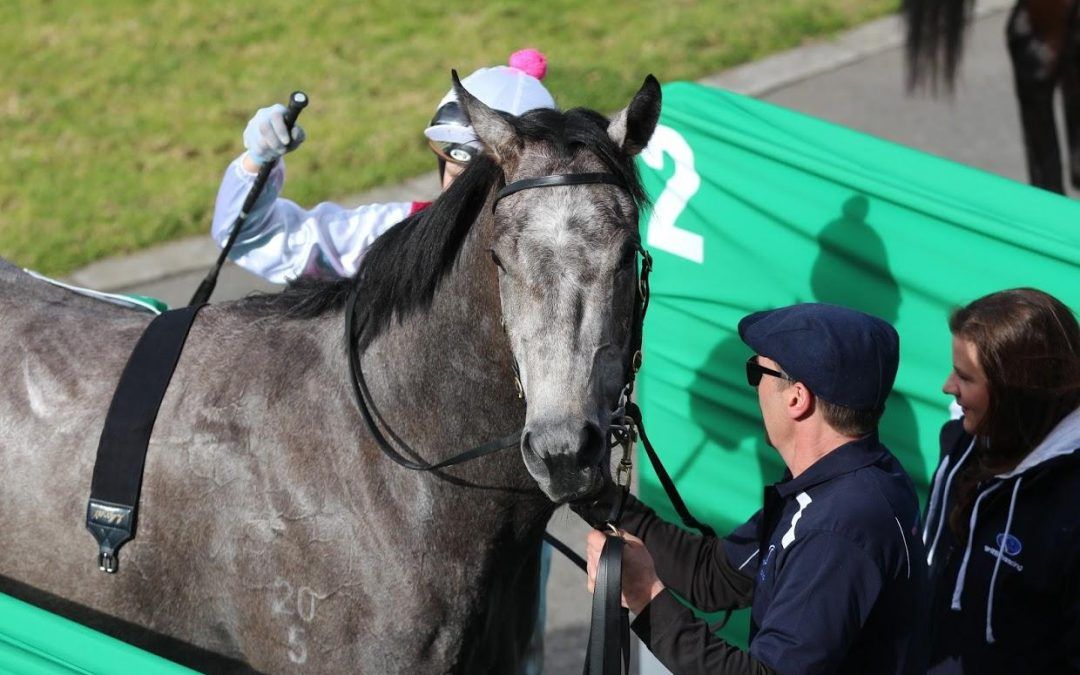 Such is the nature of the thorougbred that for the most part they prefer to do their chasing out in clear room, to eye of their rivals and run them down with no impedment. It is, therefore, not so common to see them weave through the field and get up along the rails – it takes that extra bit of heart and class to do so.

And it is that combination of heart and class that our exciting filly Fidelia has, a combination that enabled her – from the inside gate at Sandown on Wednesday – to find the line best in the BM64 1300m contest for three-year-old fillies.

Eased back after jumping well, Fidelia was patiently handled by her regular rider Jye McNeil but coming to the turn had a wall of horses in front of her. She was travelling well – but did need that bit of luck to go her way.

“She is a good filly,” Robbie noted, “and she needed to be today!”

“She looked to be in a bit of bother and I was a bit worried!”

But he need not have been, Fidelia charging up along the inside of her rivals, putting 3/4 length of them over the final stages – doing a great job recording the second win of her six start career.

“She got a bit unbalanced coming down the hill with the big weight,” Mc Neil reported, “but I tried to get her into clear running and she rewarded us.”

“She has got a bit of class,” he added, “and I think in time she will get over a bit more ground.”

“It was great to see her win so well,” Robbie said – “we wanted to go to the Guineas with her last year but she just wasn’t mature enough so we put her out.”

“She is definitely a black type filly in the making but the timing of her return from a nice spell just has her a bit out of whack – but there are some nice 1400m fillies races coming up at Flemington, so we may worry about the black type later.”

A graduate of the 2017 Adelaide Magic Millions Yearling Sale, Fidelia is a daughter of Not A Single Doubt and the Warwick Farm winning Encosta de Lago mare Fidele.

All six of that mare’s progeny are winners including the metropolitan gallopers Roundabout (Hong Kong) and Little Indian. A daughter of the stakes placed Truly Believe, Fidele was served last spring by The Brothers War having produced a Bobby’s Kitten colt in mid-October.