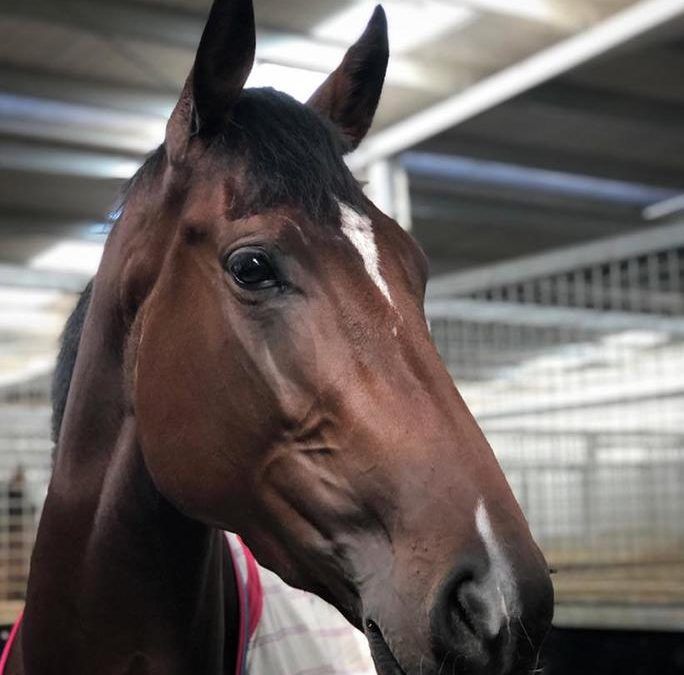 We all had our hearts in our mouths when Invincible Pride – who we expected to run a great race at debut – missed the start, ending up a clear last in the early stages of the 1100m maiden at Werribee on Friday.

Whilst we were happy to see her ridden quietly, it was certainly not the plan to have her so far back but thanks to a cool ride by Andrew Mallyon the promising three-year-old was able to recover from her awkward beginning and get into a winning position.

Eased out before the turn, Invincible Pride gained momentum as she straightened and once balanced was able to charge – reeling in her rivals to find the line in impressive fashion.

“She made a meal of the start,” Mallyon said… “she threw her head straight back into my lap as the gates opened. She got a bit of a fright and came out almost backwards!”

“I did my best not to panic, I just let her get into a rhythm. We were giving them a lot of ground so I had to take some short cuts, I bit the bullet and stayed in and we got a lovely run through.”

“She was always going to win but she her head was up in the air, she was looking around – she is very raw.”

“There is plenty of improvement there, they have lots to work with which is good.”

“There is a big engine in there, the rest of the parts aren’t going along with it at the moment but that will come with time and she can go on and win bigger and better races.”

“She was generous giving them all two lengths start,” laughed the stable’s Beth Schroen as she reminisced about Invincible Pride’s dam Family Crest who was also a member of the stable.

“We always thought quite a bit of her mum and she was quite handy,” she said of the dual city winner, “and hopefully this one can follow in her footsteps.”

Invincible Pride is the second foal and second winner (two times winner Doves Cry the first) for Family Crest, a Gr.3 placed granddaughter of the Gr.1 WA Oaks winner True Devotion. Served last spring by Zoustar having produced a Written Tycoon filly in early September, she is also dam of a yearling filly by Medaglia d’Oro.