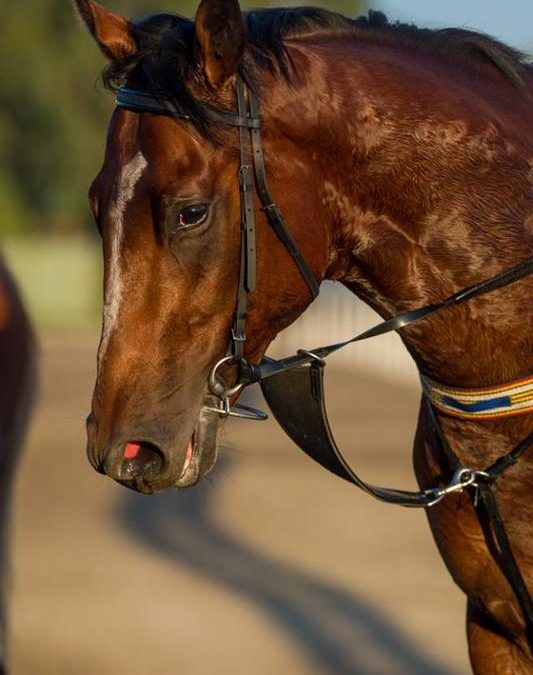 It may not have been Plan A for Igniter to get as far back as he did in the BM64 1600m contest at Pakenham on Thursday evening but thanks to a cool ride by Jamie Mott – who was having his first ride on the three-year-old – the promising bay was able to enjoy a good run.

“He is such a relaxed horse,” Mott noted, admitting that he did hope to be closer in running – “I wanted to be on the speed and use his stamina to get him rolling but he didn’t show that tactical speed out of the barriers.”

As it turned out being back in the field was no disadvantage with good pace on and Igniter was into the clear turning – things looking to go his way… until that is, Millie The Missile launched from the rear.

“She went past us and I thought it might’ve been over,” Mott said; “she looked like she was sailing home for the win but we still had 250m to go and to my horse’s credit he really dug in and had a crack – and he was big and strong enough to get up for the win.”

Mott was impressed by Igniter’s performance, noting that he had to begin his run whilst still amongst them – “it was a bit awkward for him when he had to pick up and make ground, he did a good job.”

“A few races haven’t been run to suit him of late,” Robbie Griffiths said, “but over a more suitable distance he was able to get the job done aided by a great ride from Jamie Mott.”

“The confidence of winning will do him good and I am sure he will only get better as we get him out over longer.”

The win was Igniter’s second from just 11 starts and the son of champion sire Snitzel still has plenty of upside.

Served last spring by Fastnet Rock, she is also dam of the Gr.2 galloper Kinglike and the Listed winner Mirage. Her dam, the stakes placed Palace Music mare Palace Glow, also produced the Gr.3 winners Red Colossus and Nediym’s Glow and this is also the family of the New Zealand Oaks winner Starline.