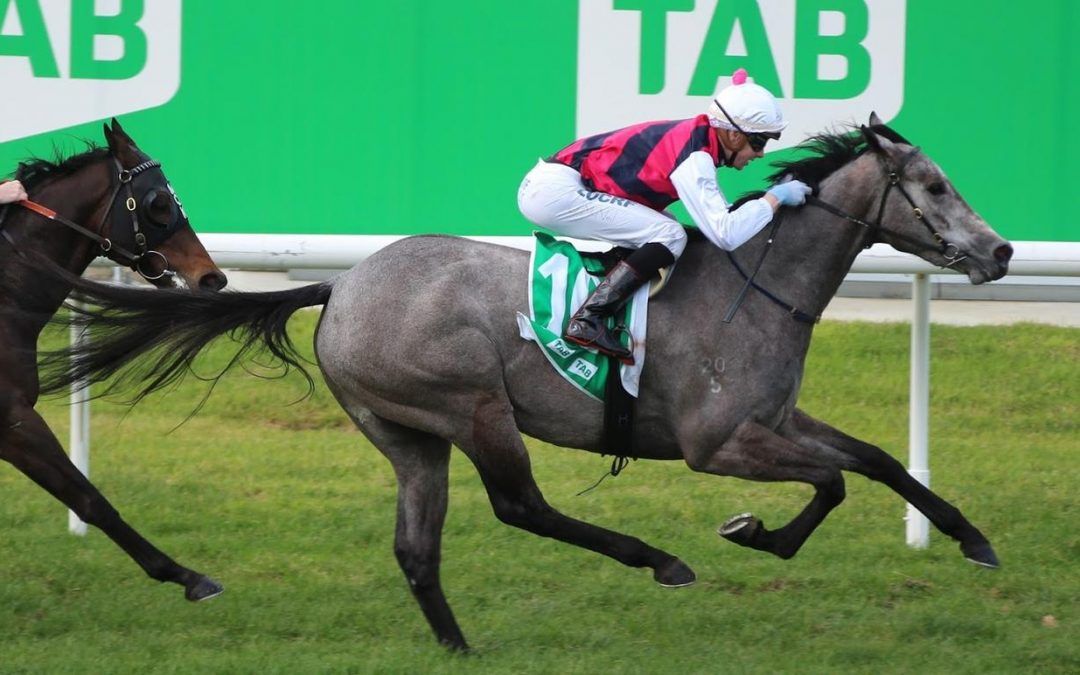 A couple of weeks ago we all cheered as Fidelia stormed home from the rear to record an exciting Flemington victory and it was a lovely case of Deja vu on Saturday when the in-form filly once again delivered.

It was the third consecutive win for the popular grey who has stepped up in distance each time, at this latest success proving just too strong at her first crack at the mile – charging clear from the 200m and holding on gamely as Sure Knee made a late run at her; those two proving a class above the others who were 4 3/4 lengths away.

“She is a very progressive filly who relished the mile,” said jockey Ethan Brown who was enjoying the milestone of outriding his claim.

Whilst understandably delighted regarding his achievement, Brown was still slightly critical of his ride, noting that “I got a rush of blood and probably went a touch early!”

“Her turn of foot catches me off-guard,” he said. “Usually you press the button and they built into it but she has instant speed.”

“She is a classy filly who is certainly putting together a nice winning streak,” Robbie said.

“She has a lot of fight in her which makes her such a great racehorse. I can’t wait to see what the future holds for her.”