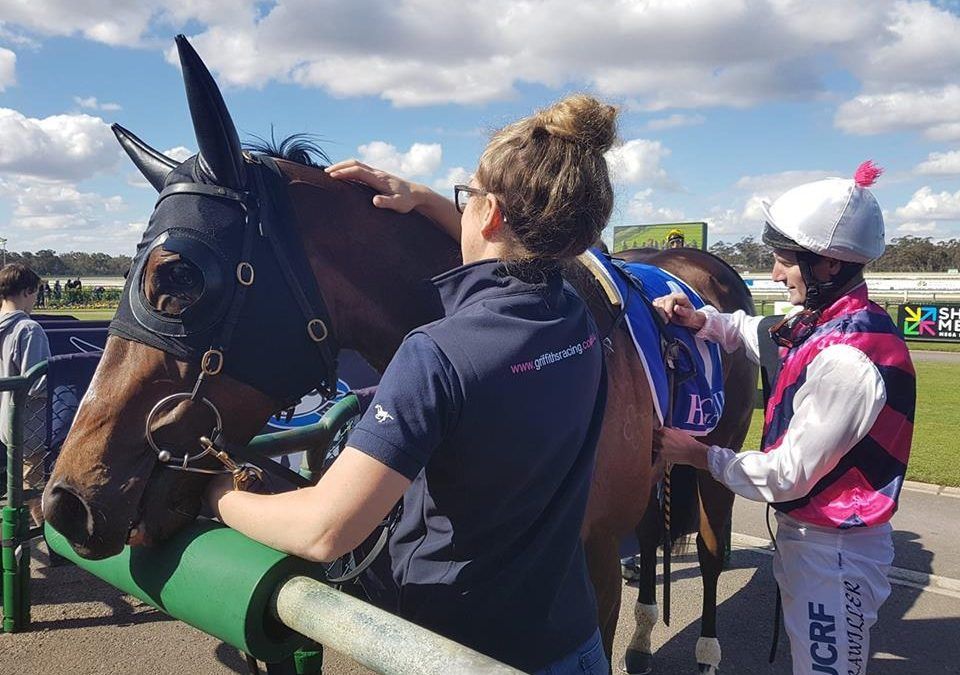 “It was an honour to share the spoils and take out this race,” said Robbie Griffiths after So You Dream’s success in the Mark Goring Memorial Handicap at Tatura on Saturday.

It was at that track on an awful day in January 2003 that the talented apprentice lost his life in a fall… “a tragic loss for his family, friends and the whole racing community.”

Mark was apprenticed to Griffiths racing and everyone at the stables has such fond memories, which is why a win in this race was so important.

Fast out of the gates, So You Dream controlled the 1450m BM58 contest from the start, giving a good kick into the straight and holding on gamely as Jest For The Road made a late dive – the judge unable to split the pair.

It was the third win for the son of dual W.S Cox Plate winner So You Think who had not been having the best of luck this time in. But a rise in distance suited and Jarrod Fry was able to get the best out of the speedy five-year-old.

Purchased by Robbie with Peter Ford at the 2016 Inglis Easter Yearling Sale, So You Dream is out of the imported Danehill Dancer mare Dreamalittledream.

Also dam of the five times winning South African galloper Mackdesi, Dreamalittledream is a half-sister to the UK Gr.3 winner Killybegs and the Swiss Listed winner Furious Belle… quite the international family!

Sadly Dreamalittledream died earlier in the year with her last foal being a filly by Territories. She also has yet to race daughters of Hallowed Crown and Wandjina.