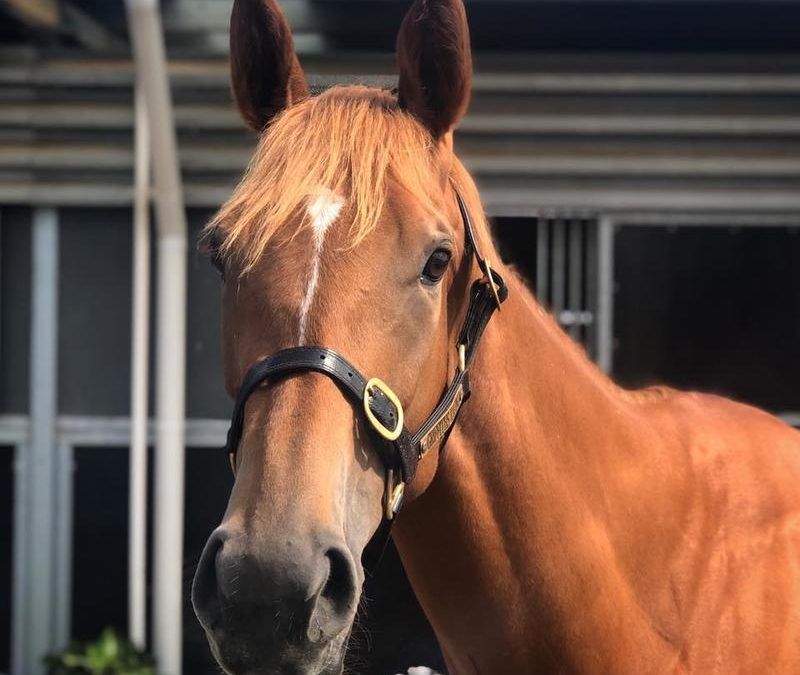 It may have taken Tulpar a few runs to break her maiden but she did it in fine style at Bendigo on Thursday, drifting back from yet another outside gate (her third from as many starts this preparation!) and charging to the line.

A game runner up at four of her first seven starts, the attractive chestnut has always shown good ability and it was just a matter of things going right for her – which they did as she stepped up to the 1600m she had been looking for.

“She has been getting back from wide draws over the shorter trips and has had to use up her energy just getting into the race,” rider Luke Currie noted.

“This race panned out well for her though, with the added fitness and the slower tempo up in distance she just jogged for me. She was able to get onto the back of horses going forward and she towed me up around the corner.”

“She sprinted quite quickly, you like to see horses with that turn of foot.”

“She has been a great little horse and was knocking on the door last preparation.”

“We knew once she got to the mile she’d be right in it – she still has a bad barrier but it was a good ride.”

“She just had to do too much work getting back and wide at her first two runs this time in. From another wide draw today we nearly didn’t come but we thought we’d give Luke a go.”

“She tries really hard,” she added, “and I am sure she can go on with it.”

Purchased at the 2017 Inglis Classic Yearling Sale, Tulpar is daughter of Star Witness and the winning Choisir mare Sundays Girl, a half-sister to the New Zealand Group One winner Rockabubble.

Also dam of the two times winner Sunday Hustler, Sundays Girl recently foaled a colt by The Brothers War and she also has a yet to be named Nicconi yearling filly.