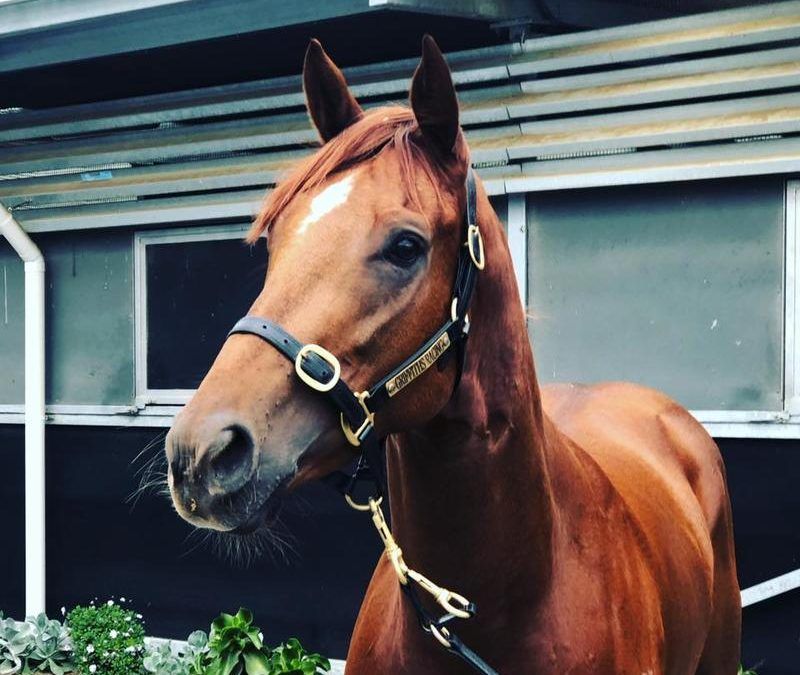 Time has been a friend to Feign, the promising filly who was so impressive easily breaking her maiden in the opening event on Sale Cup Day.

Having her first run since early June, the attractive chestnut had shown good ability in her first two preparations; not far away at metropolitan level despite still being immature.

But during a nice spell Feign thrived and leading to her first up run there was a good degree of enthusiasm regarding her chances.

“Robbie spoke to me this morning and he was quite confident,” jockey Jye McNeil reported, though he admitted that he was not completely happy during the running of the 1100m contest.

“Through the middle stages she was not really comfortable with the tempo, she was at her top and not travelling very well.”

“I had to encourage her through that but once she was able to balance up and get to the outside she really let down to the line – which suggests to me that she will be better over a bit more ground.

“And she did get the wanders up a bit once she hit the front so that will give her confidence and hopefully she can go on with it.”
“She appeared to be going nowhere when she was amongst them,” said the stable’s Reid Balfour, “but once pulled to the outside she knuckled down – she appreciated being out in the open and she was able to finish over the top of them.”

“We have always had a nice opinion of her,” he continued, “and she is a different horse this preparation – a lot more enthusiastic about her training… her galops and trials had been really good leading into this first up run.”

A home-bred for the Pearce family’s Princeton Stud, Feign – a daughter of Sepoy – is the first foal for the two times winning Commands mare Commanding Secret who sadly died just a few days ago, leaving behind a Pierro colt.

Also the dam of a yet to race two-year-old (So Commanding) by So You Think and a yearling colt by Lonhro, Commanding Secret was a full sister to the four times Gr.1 winner Appearance and the Listed winner Mascareri.