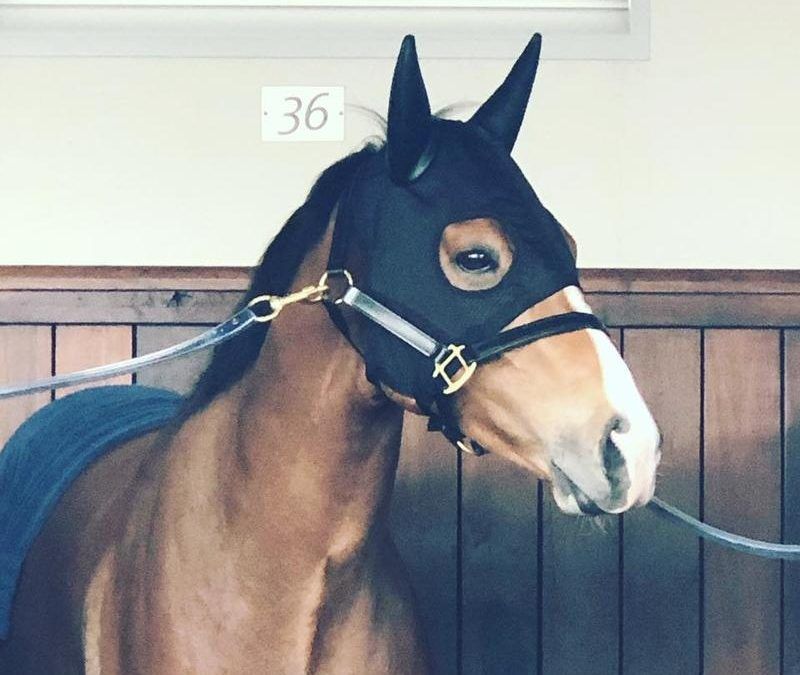 What a week! Four massive meetings at Flemington and gee were we rapt to win the 37th and final of them – Halvorsen storming home to record an impressive victory in the Grand Handicap.

Having his first run since early July the talented sprinter drew awkwardly (barrier two) in a straight race where the field headed towards the middle and outside of the track – but a patient ride by Andrew Mallyon had Halvorsen into a great rhythm out the back.

Looking to be trotting with 400m to go, Halvorsen still had a clear path to find but as gaps appeared he was more than willing to take them and through he charged – his connections at a fever pitch as he burst through from the 200m, drawing clear to win by 3/4 length.

It was win number five from just 15 starts for the gutsy four-year-old who has already amassed in excess of $400,000 in stakes having won a couple of VOBIS features earlier in the year.

He is a particularly special horse for everyone with his large and happy ownership group consisting of a mixture of loyal stable supporters and workers including Robbie & Shiranee, the Wregg family, the Browns & Kirks syndicate, Jade Matthews and Don Healy.

On the back of tough times following Robbie’s surgery to remove a brain aneurysm, Healy was feeling rather emotional – “it has been a pretty ordinary three months,” he said, “but Robbie is good now and that’s the main thing!”

So good in fact that Saturday morning was his first back at track work, making the whole day a rather special one – “I am sure this will give him a great thrill,” Healy said.

Especially as Halvorsen has so many ties to the history of the Griffiths stable, Robbie and Shiranee also breeding his dam Flourishing whilst his grandam, the lightly raced but talented Vaingt Trois was their first yearling!

Halvorsen is also a special horse for jockey Andrew Mallyon who has been aboard for four of his five wins.

“I trust this horse and he has never let me down,” he enthused.

“It was a great win and I really think that the best is yet to come.”

Mallyon was not sure than an inside gate was ideal for Halvorsen but did not want to change tactics too drastically – “I did not really alter the way I normally ride him. He is a horse who needs to get cover early… but he has won all of his races coming around them so I was hesitant to make a run along the inside, I did not want him to get lost.”

“But we got a beautiful run and he towed me right through – showing just what a handy sprinter he is.”

“He is only going to get better, he always takes improvement from his first up runs.”

A son of the stable’s favourite stallion Magnus, Halvorsen (named after famed yacht builder Magnus Halvorsen) is out of the dual city winning Not A Single Doubt mare Flourishing whose half-brother Beltrois was also a winner down the Flemington straight.

Recently producing a full brother to Halvorsen, Flourishing also has a yet to race two-year-old Halvoya by Unencumbered whilst her three-year-old son Trygve won his maiden back in July. The Norwegian theme to the names stems from Magnus’s family (his dam Scandinavia is out of Song Of Norway), one which of course also produced Black Caviar.