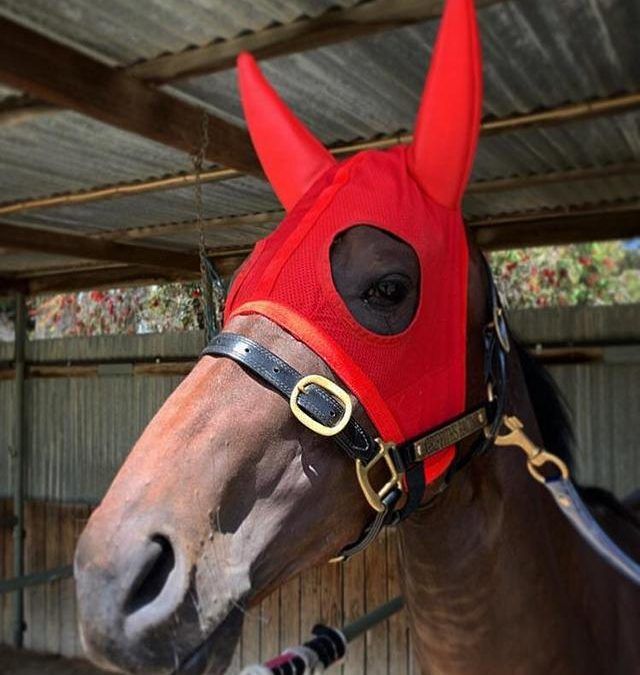 The stable has always had a high opinion of Miss Elena and it was good to see our faith in her justified by her dominant second up victory at Bendigo on Wednesday.

Having caught the eye with a fast finishing second when resuming at Tatura twelve days ago, the promising bay was sent out an odds-on favourite in the 1100m contest and she won as her price suggested – by a soft 2 1/2 lengths.

Always travelling well behind the leaders for Jye McNeil, Miss Elena was in a good rhythm coming into the straight, really letting go well – getting the upper hand from the 100m and drawing clear in the style of a horse who has much more to offer.

All in all, an easy watch!

“It was pretty painless,” McNeil said – “she was just able to flow into the race and it worked out well.”

“She is a horse who will progress through her grades nicely,” he added, excited to have won in the internationally recognised green, blue and white silks of the Sangster family.

“They are famous colours so I am pretty stoked.”

“We were pretty confident coming into today,” he said, noting that not only was her first up run impressive but also that she was thought highly enough of to take on some smart ones in the Gr.2 Blue Diamond Preview back in February, that race won by the subsequent Blue Diamond winner Lyre.

“We bought into her after Robbie purchased her at the sales,” Matthews said, Swettenham of course keeping a keen eye on the progeny of their exciting stallion Toronado… Miss Elena being a member of that dual Gr.1 winning High Chaparral stallion’s debut Australian crop.

“He has had 11 individual winners already this season,” Matthews enthused, adding that whilst it is the first time the Sangster colours have been seen in Australia for a while, they will become a more common sight on racetracks over the course of the next few months.

A $185,000 yearling bred by successful Tasmanian breeders Armidale Stud, Miss Elena is out of the winning Delago Brom mare Pontington who has also produced the metropolitan winners Island Daze and Kwai.