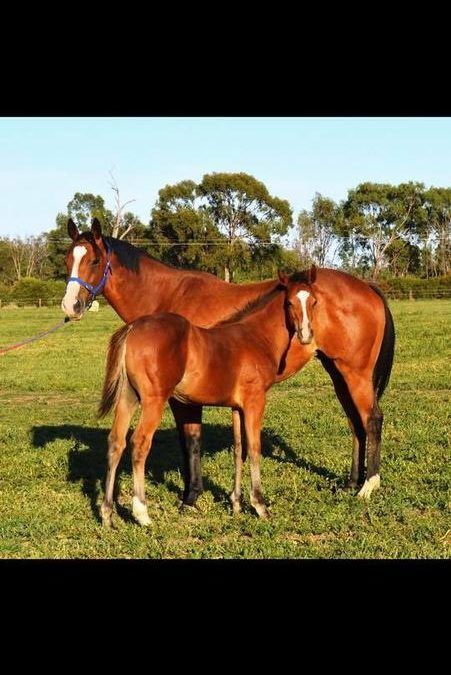 We have been blessed to enjoy associations with a number of terrific horses over the years, the likes of Dandy Kid – who won more races at Moonee Valley than any other – and The Quarterback – our first Group One winner – providing us with many great memories.

And now we are so fortunate to have in our stable one of the state’s most progressive sprinters, a horse who for several reasons is very close to our hearts – the exciting Halvorsen who kicked off our 2020 in great style with a dominant victory in the $160,000 Gr.3 Standish Handicap.

Confirming his love of Flemington (this win his third in a row down the famous straight), Halvorsen was patiently steered by Andrew Mallyon who has been aboard for five of the gelding’s seven victories.

Now based in Queensland, he flew down especially to reunite with Halvorsen having been prevented from doing so (by prior riding commitments) at his previous outing – “I felt a bit flat missing that one but I am so thankful to connections who have enabled me to maintain the ride,” he said.

Always happy in the running, Mallyon had Halvorsen trailing the only other two horses to come down the inside of the track – the remainder of the field heading towards the outside rail.

“I thought from barrier one that he would have to cover a bit of lawn to get into a good spot,” Mallyon said, “but as it turned out they could not have made it easier for me!”

Watching from the stand, Don Healy was also happy – “I was really confident once the field split,” he said, noting that he had been concerned that the main danger Bold Star could “get to our outside and stop us getting a run.”

But as it was it was clear sailing for Halvorsen (sorry, could not resist!) who was in a good position to make his final charge from the 200m – and away he went, saluting by a soft and impressive 1 1/4 lengths.

Already the winner of over $577,000 in stakes, Halvorsen has so much more to give with Mallyon sure that the best is still to come.

“We have just been waiting for him to furnish and as he fills out and matures we are starting to see the best of him. I think he is still untapped, we have not reached the bottom of him which is the most exciting thing.”

The Listed Kensington Stakes back at Flemington may be next on the agenda for Halvorsen with his next campaign target being the Gr.1 Goodwood Handicap at Morphettville in May.

As mentioned Halvorsen is a special horse… he is a home-bred out of mare (Flourishing) also bred by us – as was her dam Vangt Trois who was one of the first yearlings purchased by the stable!

He is raced by Robbie and Shiranee with much valued staff members such as Don Healy and Jade Matthews as well as long term stable clients including the Wregg family. He was the first winner upon Robbie’s much awaited return to the track on the back of his well documented health set back – and now he is our first winner for the new decade!