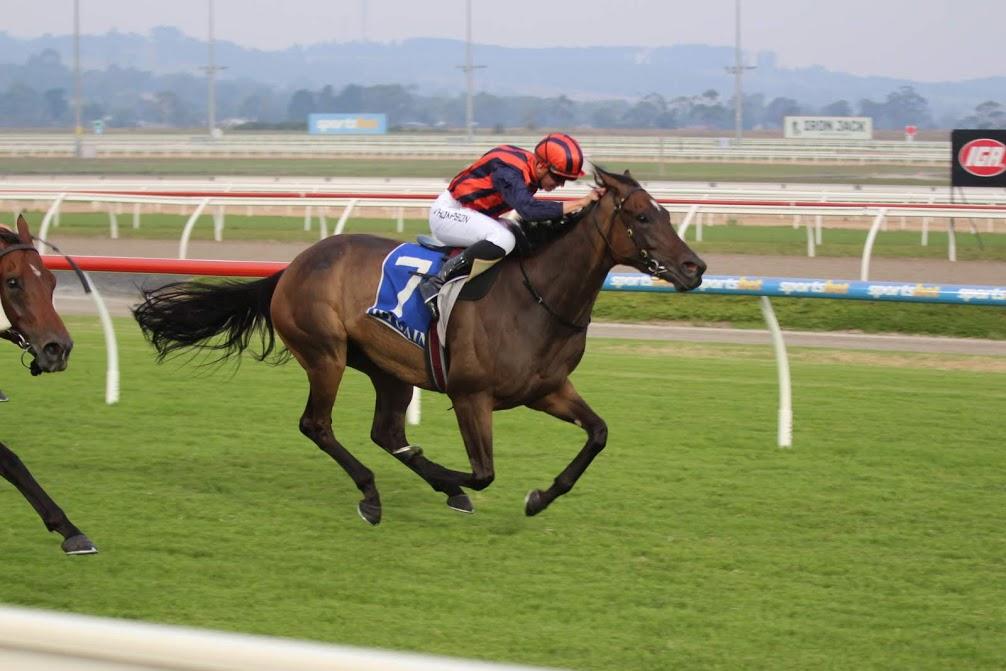 How quickly the talented mare Du Well has found form this time in, game when not quite in the right part of the track when resuming at Cranbourne in mid-January and at Pakenham on Thursday night getting back into the winner’s circle with a dominant performance in the 1000m BM64 event.

Jumping fast with pace inside her, Du Well ended up sitting wide but she was into a good rhythm for Ben Thompson and heading into the straight she was cruising – so much so that she hit the lead a fair way out, the challenges coming.

“She started her run with Black Opal alongside her, she wore that one off and then Order Of Valour came with a run – he probaby got within half a length of her but she was just too good, she was strong to the line.”

“She was much better for that first up run,” he continued, “and she appreciated being back on firmer ground today.”

“I am sure she will be better again from tonight’s effort, she is already a city winner so she is a mare with ability – it is good to get a win for her so early in her prep.”

Beth Schroen was also delighted, admitting that “we thought she would be peaking third up.”

“But she has always been a talented mare, she has just had some niggling muscle issues. Her track rider Adam Bodey has done a lot of work with her alongside the physio and vet and with that work from the professionals she has come back better than ever.”

The winner of three of her 11 starts, Du Well still has plenty of upside, Schroen noting that “she is probably still untapped.”

“We will she how she gets through this one but there is a Sandown race in ten day’s time that suits, she is already a winner there.”

Bred by Fowler Thoroughbreds, Du Well is a daughter of the BTC Cup winner Duporth and the placed Royal Academy mare Morwell. Served last spring by Toronado having produced a filly by Magnus in mid-October, she has produced another five winners including the smart Hong Kong galloper Sunny Win.