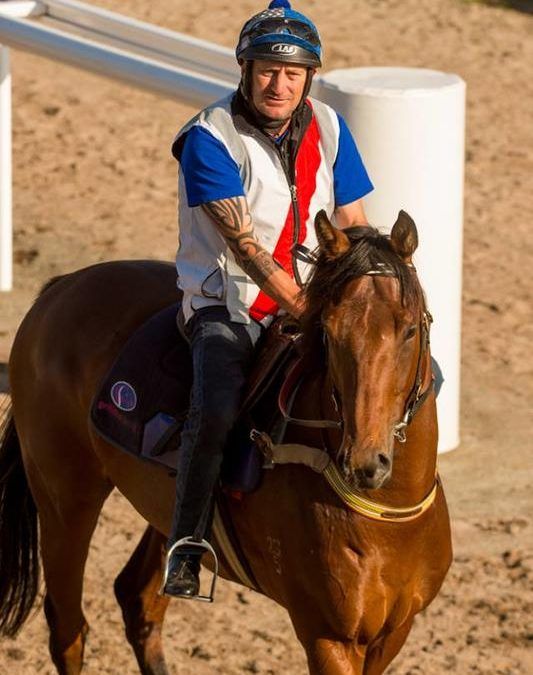 It had been a while between drinks for John Booke but it was worth the wait as he raced away to an exciting and easy win at Bendigo on Saturday.

Hard fit at his fourth run back from a spell, the four-year-old was pushed up from an inside gate by Matthew Allen who then gave him a bice breather, taking a sit behind the leaders on the rails.

Peeling out approaching the turn, John Booke was three wide into the straight, challening the leader at the 200m and drawing clear – his winning margin 2 1/4 lengths, made all the more impressive by the fact that he looked to have plenty in reserve, his ears pricked!

“He has been racing well,” Robbie said, “but he has been giving away big head starts making it difficult for him to win.”

“Luckily a gear change in the shape of visors saw him settle closer – he was able to get a good run in transit and he raced away for a strong victory.”

“Hopefully with the confidence of a good win he can continue his winning ways.”

It was win number two for John Booke who was last seen in the winner’s circle breaking his maiden back in August 2018. In the placings six times since then, he has amassed over $72,000 in stakes.

A son of the Blue Diamond winner Star Witness, John Booke (named after the detective in the Harrison Ford movie Witness) is the first foal produced by the multiple city winning Bel Esprit mare Bella Dolce whose most recent foal is a Magnus filly who arrived last October.