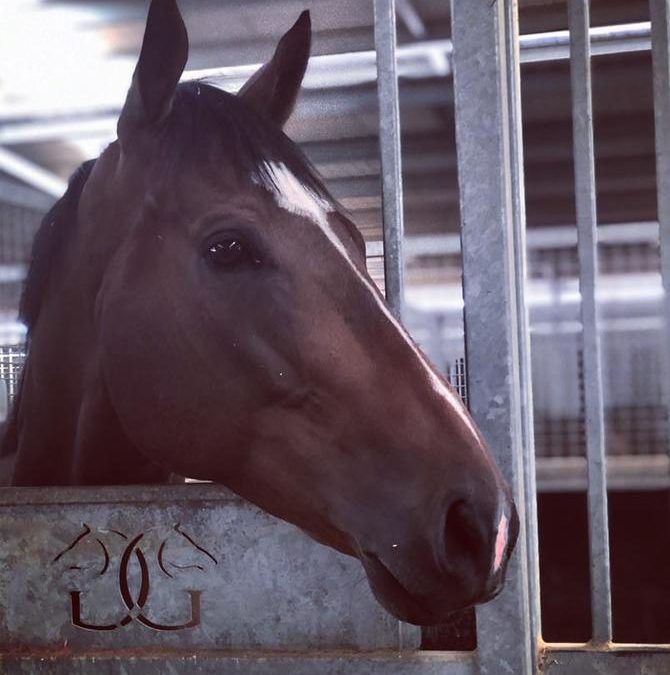 There were six horses stretched across the track with 200m to go in the 1170m BM58 contest at Wangaratta on Saturday, four left fighting with 100m left – and on the line… it was our boy Riverdance Lad who was able to prevail!

It was a lovely ride by Nathan Punch who had the consistent six-year-old enjoying a nice run behind the speed and into the clear early in the straight.

“He was ridden well and did a good job,” Robbie said, pleased to see Riverdance Lad back in winning form having struck a bit of bad luck of late.

“He struck a deteriorating track at Benalla last start and was a bit unlucky (held up until the 100m) when second at Geelong at his previous start so it was good to see him back in the winner’s circle.”

“His owners are great people who have been good supporters of the stable,” he said, thankful to have over the last few years made good use of managing owner Ross Hennessy’s water walker at Monomeith Stud.

The winner of five races with a further ten placings to his credit, Riverdance Lad has amassed over $150,000 in stakes. He has been a consistent performer over four seasons showing a particular liking for his home track where he has won three races.

Bred at Monomeith, the son of Master Of Design is out of the Golden Snake mare Waltzing Lily who was also bred and raced by Hennessy. Served last spring by our favourite stallion Magnus, she is a half-sister to the stakes placed 11 times winner Diggersanddealers from the family of stakes winners Inspire and Our Joan Of Arc.