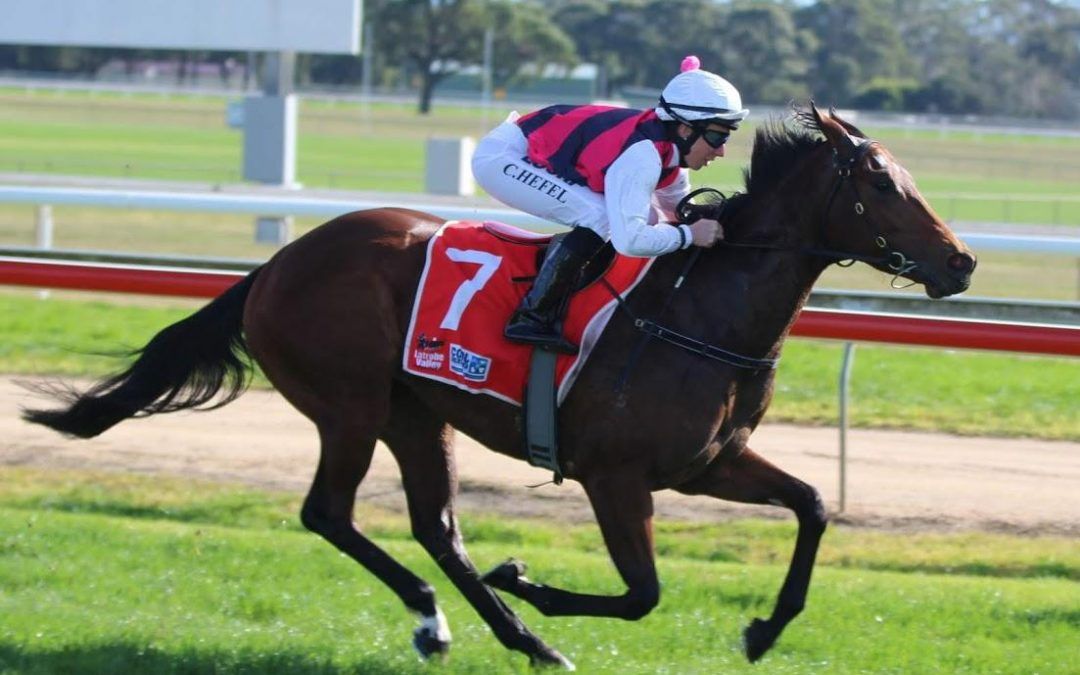 What a tough win it was by Miss Markle at Stony Creek on Sunday, from the outside gate the four-year-old ending up wide on pace – entitled to drop off but instead she really started to knuckle down when the pressure went on.

Probably jumping too well, the bay looked a chance to lead early only to have two rivals kick up on her inside, keeping her deep. But jockey Carleen Hefel – who was aboard for Miss Markle’s last win last year – didn’t panic, just keeping her in a good rhythm.

Which placed the mare in good stead coming to the turn. With the leader kicking, Miss Markle had to dig deep and that is just what she did, showing good heart to wear down the more fancied Material Mistress – putting her nose down right where it counted.

“It was fantastic to see Miss Markle in winning form,” Robbie said.

“Carleen gets on very well with her and it was great to see them combine for the win on International Women’s Day. She is a better horse on the wetter tracks so we look forward to racing her into the winter… hopefully there are a lot more wins to come.”

It was win number two from just 11 starts for Miss Markle, a home-bred for Robbie by Purrealist out of the city placed winner Prospect Royale, a lightly raced but talented daughter of Royal Academy.

Served last spring by Swear having produced a Fiorente filly in early September, Prospect Royale boasts a 100% strike rate with each of her first five foals being winners .