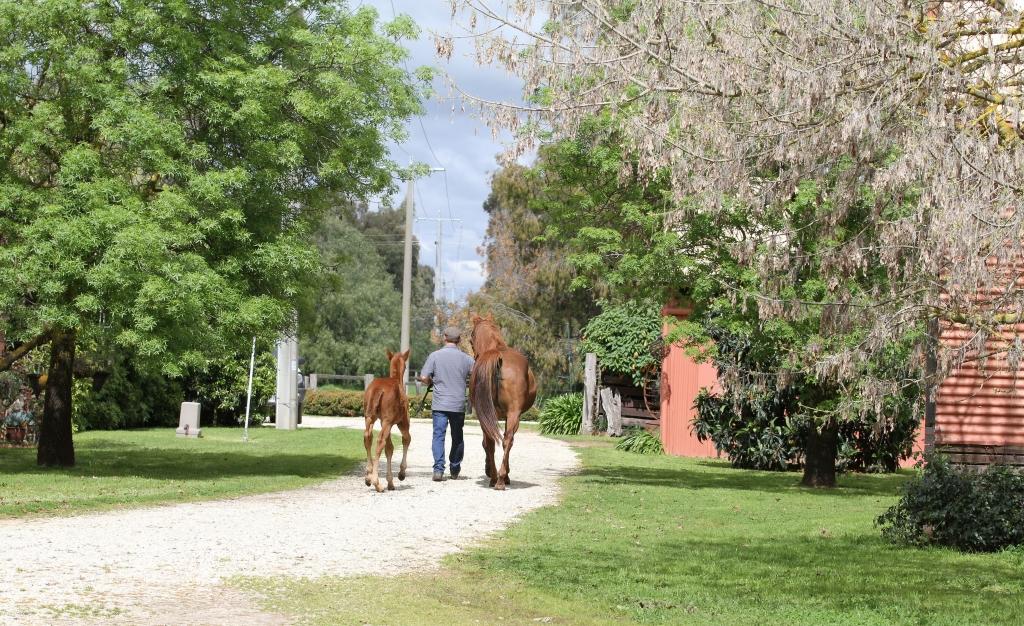 It did not take long for Royal Crown to make an impression on us, at his first start for the stable recording an impressive victory at Sandown – in the BM64 1800m contest on Wednesday showing not only good talent but plenty of heart.

Settling midfield from a tricky gate, the lightly raced and promising three-year-old was always travelling well – so much so that he could’ve taken off earlier if not for the patience of his regular rider Ethan Brown who nursed him down the dip before asking for a final effort.

Strongly challenged over the final stages by Anchorman, Royal Crown dug deep, getting the upper hand close to the line… and whilst it was not a massive winning margin, it was still a soft win, one that suggests that there is plenty more in store for the son of Helmet.

Royal Crown has been entrusted to us by fellow Cranbourne trainer Mick Kent as he enjoys a short holiday overseas (enjoying the Cheltenham carnival whilst we were hard at work!) and we are looking forward to preparing him for the Galilee Series.

“Mick has a lot of time for him,” Robbie said, “he told us that he is a developing young horse who can go places.”

Robbie was taken by the fight displayed by Royal Crown in a race during which there was some interference.

“It was a bit of a messy race in the mid stages and for a young horse it is not always easy to deal with that… he showed great courage and Ethan rode a great race.”

“He is definitely a nice horse,” Ethan said.

“He still does a bit wrong, he wanted to over-race a bit early but by the middle stages he was into a nice rhythm, he flowed into the race and to his credit fought out in a tough finish.”

“Probably any other horse I would’ve let stride earlier,” he added, “but with this horse it is a matter of teaching him how to settle for when he gets out to further.”

Royal Crown is the fourth winner for the Zabeel mare Princess Regina, a prized member of the broodmare band at Nigel & Meredith Berry’s Illowra Stud at Nagambie – just down the road from the Black Caviar statue!

Also the dam of two unraced full siblings (a yearling colt and a two-year-old filly) to Royal Order, she hails from the family of the Group winners The Bandette, Princess Mellay, Prince Majestic, Ranger, De Monfort, King Johny, Prince Oz and Blood Brotha.