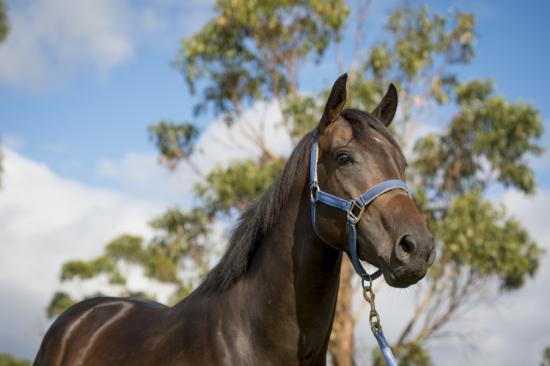 “A funny fella” is how Robbie describes Saveyourenthusiasm who was so game to the line at Moe on Monday, providing the stable with the second leg of our running double continuing on from the success of Virtuous.

Hardly Victoria’s most consistent horse, the six-year-old is however a prolific winner – this latest success the eighth of his 41 start career, one that has seen him amass in excess of $113,000 in stakes.

Remarkably seven of his wins have come at BM58 level and he is a real poster boy for the benchmark system! But in between his wins he is rather laid back about it all – in the five runs between this win and his previous in early April the gelding beating only two horses home, finishing over 24 lengths from the winner at Seymour a few weeks ago!

“He doesn’t always show his enthusiasm,” Robbie joked, “but when he does he is hard to beat.”

“He certainly has his quirks but Matthew Allen (who has been aboard for seven of his wins) gets along well with him and when he is on song he knows how to get the job done.”