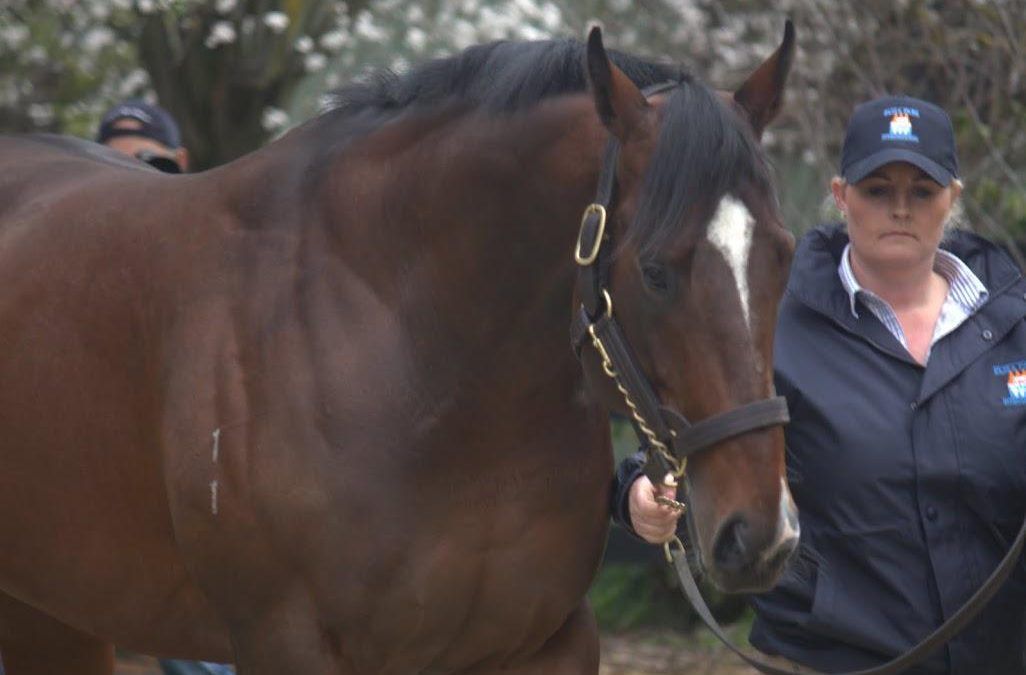 Wow what a win that was by the exciting Ringside Rossa at Echuca on Sunday, the bay at just her second start breaking her maiden in sensational style.

Drifting back off a good start from a tricky wide gate, the daughter of Fighting Sun (pictured) had just one behind her for most of the race, swinging wide into the straight and really looking to have the job ahead.

But with a patient Dean Yendall aboard Ringside Rossa was able to find her feet quickly as she straightened and she really let go – charging down the outside to win by a convincing 3/4 length.

“It was fantastic win,” Robbie enthused.

“She was good at debut when caught wide, this time we decided to roll the dice from another wide draw and, with a great ride by Dean, it paid off.”

“She is a lovely filly who looks to have a bright future.”

Bred by her managing owner Julie Sheldrake, Ringside Rossa was passed in at the sales – disappointing at the time but that’s a distant memory now!

She is the second winner for the Testa Rossa mare Rhythmic Rossa who won the first of only two starts. Her dam is the Last Tycoon mare Tycoon Rhythm, in turn daughter of the two times Group winner Raise A Rhythm.