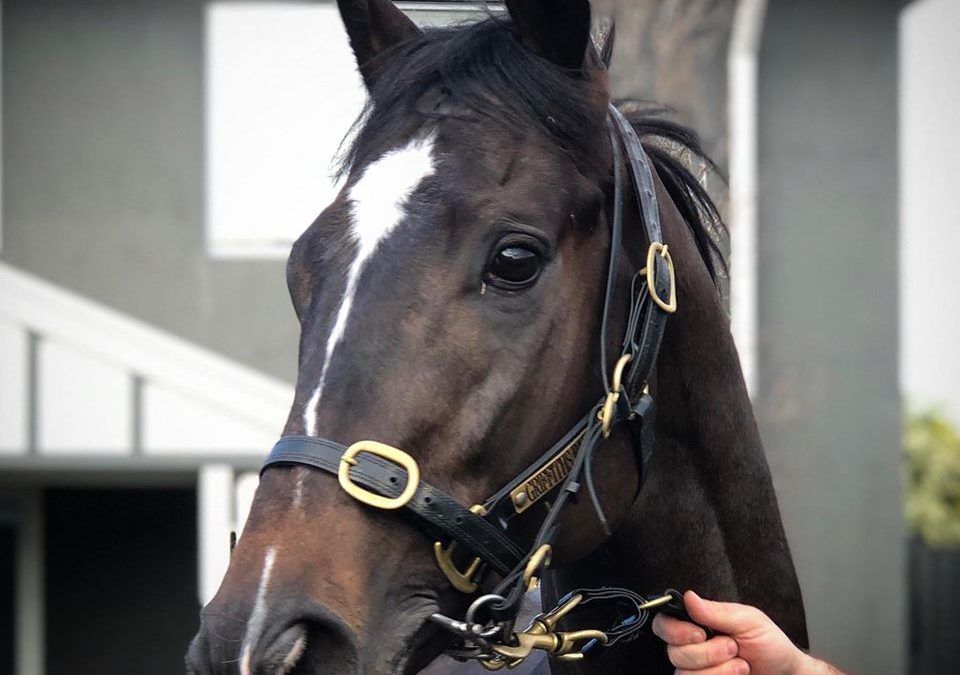 It was a matter of love at first sight when Robbie along with Peter Ford spied a particuarly handsome Vancouver colt at the 2019 Magic Millions Gold Coast Yearling Sale and how delighted they were when they were able to secure him for just $35,000.

Fast forward to August this year and the striking bay named Vancouver Lad was ready to make his debut – an 1105m maiden at Sale with Matthew Allen to take the ride.

And what a lovely ride it was too, Vancouver Lad enjoying a nice trail behind the leaders – into the clear straightening and so game to the line outbobbing the favourite Akaka Falls.

Whilst Vancouver Lad was a nice price, his debut success came as no surprise to the stable with Robbie describing him as being “a lovely horse the whole way through.”

And one with plenty of upside – “he is still all legs at the moment, he is still developing and I think he is going to mature into a very nice autumn three-year-old, we should have some fun with him in the future.”

Vancouver Lad has a big and happy group of owners with one giving Robbie the biggest thrill – “he will be rapt with this win, he will be punching the air.”

Don Smith – Robbie’s grandfather who at 94 still knows how to appreciate a win!

Robbie is a fan of the Vancouver breed and is happy to have another two in the stable, both of whom are looking for owners:

“They have great attitudes,” he enthused -“they eat, they train, they do everything right.”

Bred locally by Chesapeake Thoroughbreds, Vancouver Lad is out of the stakes winning King Of Danes mare Oridane. Also dam of the winner Testino, she was served last spring by Impending having produced a filly and a colt by Capitalist at her previous two years at stud.