All Honours To Our Chevalier

All honours to Our Chevalier at Moe on Tuesday, the lightly raced four-year-old always wide after a fast start from a tricky gate in the 1619m maiden – and yet still too strong for his 11 rivals.

Despite covering ground, the son of Redoute’s Choice was always in a good rhythm for Matthew Allen and coming into the straight it was no disadvantage to be able to so smoothly scout even wider into the better going.

Third into the straight, Our Chevalier soon had the others covered and his winning margin was a soft length; his breakthrough coming at his eighth start on the back of consistent form.

“It was nice to see him do that as he had been promising for a while,” Robbie said.

“He probably should’ve done something like that earlier in his career but he had to have a tie-back (wind) operation and he finds it easy to get throat and respiratory infections. It has just taken a while to come up with the right management programme for him.”

“But we have never doubted his ability, we just had to figure out the best way to manage him.” 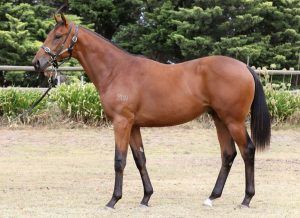 Bred locally by Sun Kingdom and purchased at the 2018 Gold Coast Magic Millions, Our Chevalier is a half-brother to the three times winner Safado out of the stakes placed multiple city winning Hussonet mare Happy Hussy.