Nothing Hard About This Big Win

There is much pleasure to be had in watching a horse race clear to claim her maiden by five lengths – and all the more when the win was as special as was that recorded by Hard Squeeze at Echuca on Monday.
A filly who has always shown promise, the daughter of All Too Hard was stepping up in distance on the back of a most encouraging run at Flemington and she relished every inch of the 2124m.
Having to work early from a tricky gate, Hard Squeeze was nevertheless always travelling well, getting into a good rhythm for Tom Ryan who had her making her winning run from a fair way out – gradually edging closer to the leaders from the 700m.
Taking over from before the turn, Hard Squeeze had plenty left in the tank and, despite racing greenly – wanting to wander around a bit in the run home – she was able to prove herself a class above her rivals.
A great moment for all involved, including Mathew de Kock who was cheering home his first winner as co-trainer… “it felt great to break the duck, especially in such famous colours,” he enthused.
The emerald, royal blue and white silks seen the world over, those of the Sangster family – Adam Sangster a happy part owner.
“We were very happy to see those colours winning,” Swettenham Stud’s Sam Matthews said, noting that “Robbie bought her at the Melbourne Premier and we loved her as a middle distance type.”
“Kelly Skillecorn from Gilgai had her down as the smokey of the group and we wanted to support Robbie so we bought in with a few friends who were looking to have some fun… and now it looks like they’ll get to have a runner in the VRC Oaks!”
Bred by Gilgai Farm’s Rick Jamieson, breeder of the mighty Black Caviar but also of the recent Caulfield Guineas winner Ole Kirk, Hard Squeeze has always shown the sort of potential to suggest that a crack at a Classic would be a viable aim.
“She has always given us the opinion that she would be a great staying filly,” Robbie said, “and she certainly showed that by the way she won.”
“Hopefully she will be lucky enough to gain a start in the Oaks – wouldn’t that be a great way to start our partnership!”
Hard Squeeze is the second foal and second winner (the stakes placed Sandown winner Namimo the first) for the unraced Encosta de Lago mare Exsqueeze Me, daughter of the New Zealand Group One winner Juice. 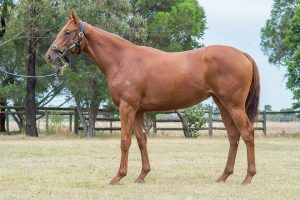 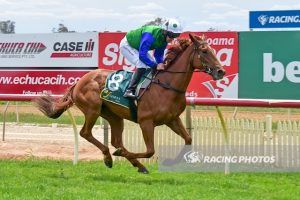