You Can Bank On This Lass! 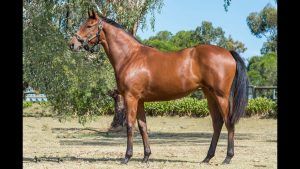 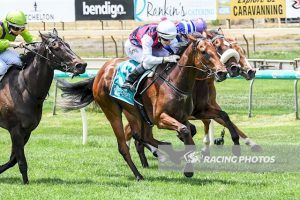 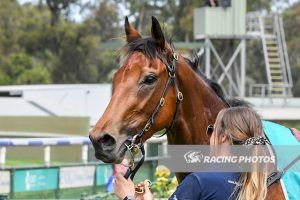 It was an exciting three horse battle from the 200m mark in the 1000m maiden at Bendigo on Thursday, especially the final stages which saw our girl Miss Bank Place get clear late to salute by half a length.

Doing a good job at just her fourth start – and her first since mid-May, Miss Bank Place is a fill on the up having always shown good talent.

“She had been trialling up nicely leading into this,” Reid Balfour said, adding that “she has matured into a nice filly.”

“Robbie has always had high expectations for her, she has good natural ability and she will derive benefit from this run – we are looking forward to a nice campaign.”

Thought highly enough of to contest the Gr.3 Blue Diamond Prelude at her debut back in late January, Miss Bank Place was a little green but far from disgraced, next time out covering ground from a wide gate prior to an encouraging Sandown second.

Catching the eye at the 2019 Inglis Melbourne Premier Yearling Sale where she was picked up for $36,000, Miss Bank Place was bred by Greta West Stud. She is a daughter of the stable’s favourite stallion Magnus and the Moonee Valley winning Dash For Cash mare Tottenham Girl.

Bred on a 2 X 3 cross of Magnus’ Golden Slipper winning sire Flying Spur, Miss Bank Place is a half-sister to the Darwin winner Blaze Of Glory. Her grandam is the stakes placed White Hart Lane, dam of the Listed winner Lucky Penny.