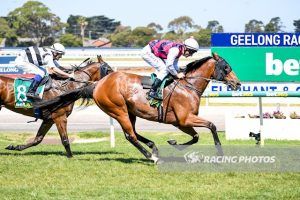 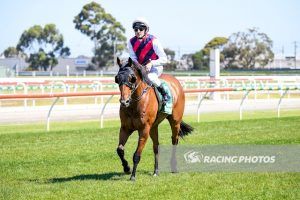 Having been brave off a tough run when resuming, Toorak Warrior had many fans amongst punters when heading to Geelong on Boxing Day and he had the BM58 1100m contest in his keeping a fair way from home.

Eased back from an outside gate, Toorak Warrior was given a lovely run by his regular partner Matthew Allen who had him edging closer from before the turn. He was soon within striking distance and able to wear down the leader prior to drawing clear to win by a length with plenty in hand.

It was win number six from 33 starts for the durable six-year-old who has won over a variety of distances from this 1100m race up to the mile.

“He is a horse that always gives 110% and he was just too strong for them,” Robbie said.

“He looks like he is in for a terrific summer preparation.”

A son of Toorak Toff bred locally by Rosemont Stud, Toorak Warrior was a bargain purchase at the 2016 Adelaide Magic Millions Yearling Sale; secured for $26,000… and now the winner of over $163,000.

He is the fourth and final foal produced by the Carnegie mare Patience Well, daughter of the stakes placed Twin Peaks whose 3/4 sister is the Magic Millions winner Catnipped.

This is a prolific black-type family, one that has also produced the big race winners Brawny Spirit, Hit The Roof, Reward For Effort, Ivory’s Irish and Alynda.