Dancing To A Winning Tune 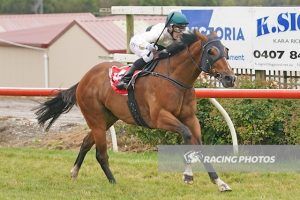 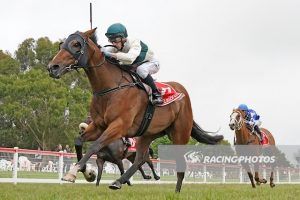 What a tough and consistent galloper Riverdance Lad is, the bay still racing well at seven – at Stony Creek on Tuesday so game on pace claiming his sixth victory; a BM58 contest over 1100m.

Having to do a fair bit of work to hold onto the lead, Riverdance Lad shook off his challengers turning and drew clear having railed so well – strong to the line to win by 3/4 length as the runner-up Lord Almighty made his run out wide.

It was a deserved success for the gelding who had been good in the placings without the best of luck at his two previous outings. Now the winner of over $178,000, Riverdance Lad boasts a terrific overall record with six wins and 15 placings from 42 starts.

“Riverdance Lad has been very consistent this preparation and got a very deserving win on the board at Stony Creek yesterday,” Robbie said.

“He loves the wet so the rain was never any concern and Nathan (Punch) took him forward to keep him out of trouble and the rest, as they say, is history. Congratulations to his connections on a great win!”

Producing a Magnus filly in late September – subsequently served by National Defense, Waltzing Lily hails from the same family as the stakes winners Inspire and Our Joan Of Arc.