LORDING IT OVER THEM 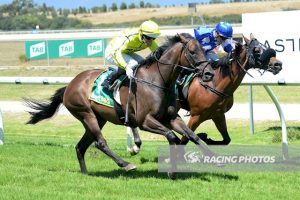 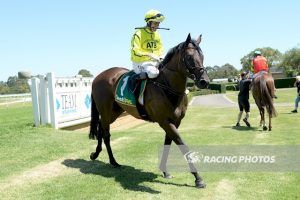 It was an overdue success for Lord Lennox at Yarra Valley in late January, the six-year-old back to his best stepping up to the sort of trip he is bred to relish.

“He has always shown us potential,” Robbie said, “and it was over that longer trip that he was able to get a well deserved victory on the board.”

“His best form is on soft tracks,” he continued, “so it looks like when he returns from a spell he will be in for a nice winter campaign.”

A consistent performer who broke his maiden in March 2019, the imported German bred gelding had put the writing on the wall at his previous start with a game third over 1765m at Geelong – the 1968m at Yarra Valley right up his alley.

Enjoying a nice run behind the front runner, Lord Lennox loomed up at the turn and gradually wore down the leader – getting the upper hand over the final stages.

A horse who kicked off his career in France, Lord Lennox is by the great stallion Monsun’s dual Gr.1 winning son Maxios who has been represented by two Australian stakes winners – Master Of Wine and Skymax.

Lord Lennox is out of the Rainbow Quest mare La Reine Noir, a half-sister to the French Gr.1 winner Lady Marian (dam of the dual Gr.2 winner Loxley) and the German Gr.3 winner Lucidor.