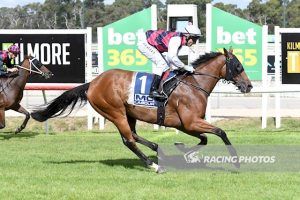 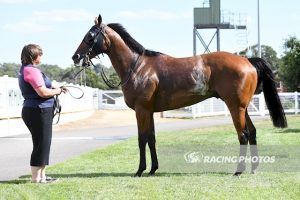 Toorak Warrior had to carry the grandstand with a big weight, but he still managed to show great heart to get the job done. Matthew has a great affiliation with him, and it was great to see them combine for another victory.

What great form the tough campaigner Toorak Warrior is in, proving too strong for his rivals in a BM58 contest at Geelong on Boxing Day – not disgraced up in class at Sandown next time out then off to Kilmore where he did a remarkable job under a massive weight!

“He had to carry the grandstand,” Robbie noted… 64kg with the runner-up carrying 4kg less.

“He managed to show great heart to get the job done,” Robbie added, noting the good relationship shared by the horse and jockey Matthew Allen… “they have a great affiliation and it was good to see them combine for another victory.”

It was the fourth success for the combination and Toorak Warrior’s seventh overall, one that increased his prize money tally to beyond $180,000… a fine effort a horse who was secured for just $26,000 at the 2016 Adelaide Magic Millions.

Jumping well, sitting three wide but with cover, Toorak Warrior fanned four wide into the straight in the 1112m BM58 and was travelling nicely – joining the lead with 125m to go and racing clear.