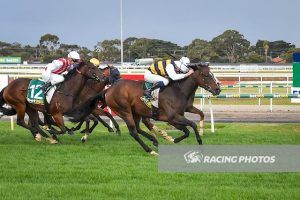 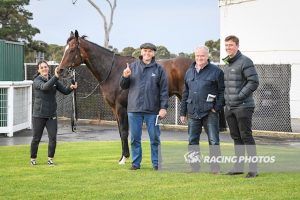 The leveller of 60kg proved no burden for the exciting filly Yosemite at Geelong on Tuesday, the bay (after spotting her rivals considerable ground from the corner) storming home – showing herself to be a class above her BM64 rivals.

Only just beaten in a similar contest at her previous start, Yosemite was patiently steered by John Allen who had her into the clear into the straight. It was an exciting few seconds for connections as she quickly swept past the field, drawing clear late to win by a soft half length.

“She was terrific!” Robbie Griffiths enthused.

“We were blown away by that win… she has always shown a lot of talent but she is really hitting her straps in these sprint races this time in.”

“And there are more wins in store.”