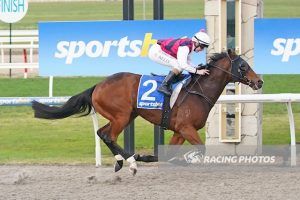 Not too many horses win eight races so it was a fine achievement by Toorak Warrior to do just that when successful at Pakenham on Tuesday.

Second up off a break – having not had a great deal of luck when resuming – the tough six-year-old reaffirmed his liking for the synthetic with his second win on that surface.

Taking his prize money tally to beyond $200,000, Toorak Warrior sat a little worse than midfield in the BM58 1200m contest, still looking to have the job ahead coming to the turn. But he was game shooting for runs up along the inside and by the 200m he had joined the leaders.

And from there it was soon over, Toorak Warrior putting a gap on his rivals, saluting by a soft 1 1/4 lengths.

The second leg of a winning double for in-form apprentice Alana Kelly, Toorak Warrior appreciated her 1.5kg claim of his allotted weight of 64.5kg.

“He got a bit of a squeeze coming out of the barriers,” Kelly reported, “but it probably worked in his favour as he got cover straight away and he travelled beautifully.”

“I was very happy when the gaps opened up in the straight.”

The stable’s Jade Matthews was delighted though sorry that Toorak Warrior’s loyal owners – great long term supporters of the stable – could not be track side to cheer him on… “they love being here to see him race.”

Noting that the horse is well named – “he is very much a warrior,” – Matthews was happy throughout the race.

“Alana rode him perfectly, he needs to be able to settle and he was able to tuck in nicely in the pack.”

Toorak Warrior is a bit of a favourite around the stables – “one of those geldings who just does his job though every now and then he pulls a grump face – but he’s allowed to!”

A bargain $26,000 purchase at the 2016 Adelaide Magic Millions Yearling Sale, Toorak Warrior was bred locally by Rosemont Stud. A son of the dual Gr.1 winner Toorak Toff, he is one of three winners produced by the Carnegie mare Patience Well who hails from a prolific Australian family – that of the feature race winners Catnipped, Brawny Spirit, Ivory’s Irish, Hit The Roof, Reward For Effort, Turffontein, Joker’s Wild and Overreach. 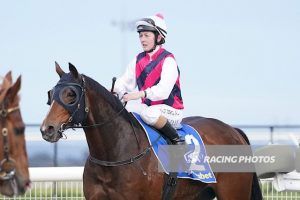