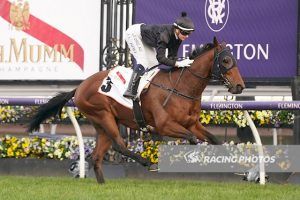 Putting in-form jockey Jamie Kah on the brink of a milestone by providing her with her 99th metropolitan win for the season, Token Spirit was simply brilliant racing away to an easy victory in Saturday’s $160,000 Mahogany Challenge Final at Flemington.

Getting into a lovely rhythm towards the rear of the field in the 2500m contest, Token Spirit was edging closer from the 800m and coming to the turn was into the clear and ready to strike. Five wide into the straight under a tight hold, he unleased from the 400m and within 100m was in front.

Racing away to salute by an impressive 3 1/2 lengths, Token Spirit put in what caller Matthew Hill described as “a terrific staying performance.”

A horse who has always shown good stamina, Token Spirit was close up in last year’s VRC Derby and upon stepping up to 2400m at Sandown in mid-June was again able to show his staying prowess with a dominant victory.

From that midweeker to Flemington was a rise in class but one that Token Spirit handled with aplomb.

“This horse has improved massively,” said a delighted Jamie Kah, “and he takes a lot of confidence out of that win.”

Not intending to be in front as early as the 300m, Kah noted that “he was just travelling so well that I had to let him improve – he put them away so easily, he is on the up.” 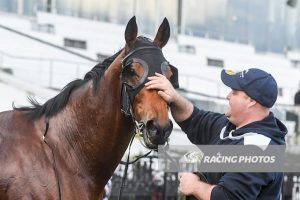 “His success is testament to the whole team,” Mathew de Kock said, “everyone has done a really good job with this horse who has been in work a long time. We are super chuffed!”

Future plans are yet to be set in stone for Token Spirit – “we will take it step by step,” said de Kock. “We will see how he pulls up; we could come back in a couple of weeks time and take advantage of his VOBIS but he is a nice horse who we can programme towards some good races next campaign.” 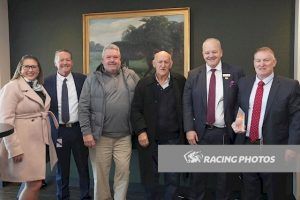 A $300,000 graduate of the 2019 Magic Millions Gold Coast Yearling Sale, Token Spirit by Larneuk Stud’s Wandjina was bred by Rick Jamieson who also bred our Gr.1 sprinter The Quarterback.

He is the third live foal and second winner (the stable’s talented Collectable the other) for the Queensland Oaks heroine Miss Keepsake. A half-sister to the New Zealand Gr.2 winner Villifye from the family of Grosvenor, Lonhro and Lankan Rupee, she was served last spring by So You Think having produced a colt by him in early October.