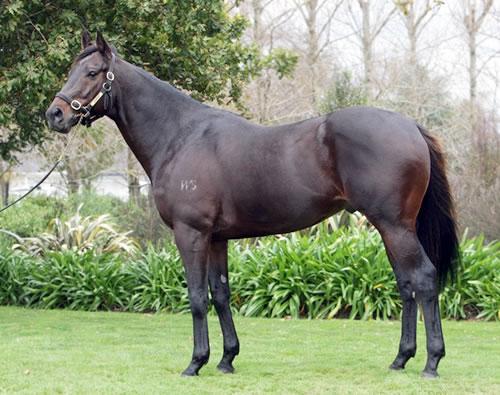 Cries of "go George!" and "well done George!" were heard across Sale racecourse on Thursday, this horse - better known to punters as Hunamosa - a real favourite in the stable.

And now a favourite with those who supported him at his Sale debut on Thursday, the three-year-old impressive on pace in the 1106m maiden.

Especially as firstly, he was green and secondly because he will be even better over a bit longer and ridden more quietly.

Not that it was anything but a great ride on Thursday, Damian Lane quickly sizing up the situation and putting Hunamosa right in the firing line.

"Ideally I would like to have given him the sit but he began well and there was no speed on and he got tugging so I just let him slide."

Always travelling well, Hunamosa looked to have the edge on his rivals early in the straight but he did want to run around a bit - his inexperience on display, as was his talent!

"To his credit he did a bit of work but he just kept finding," Lane said.

" He is green and is only going to improve, he will be a nice horse with the penny drops."

Reid Balfour agreed - "he still does a fair bit wrong and I think he will be even better when he has something to chase."

Reid was not surprised by Hunamosa's debut victory although he had been wary going into the race, noting that "there were some nice types in this maiden so we were more hopeful than confident."

"But he had been showing enough at home for us to expect that he would prove competitive."