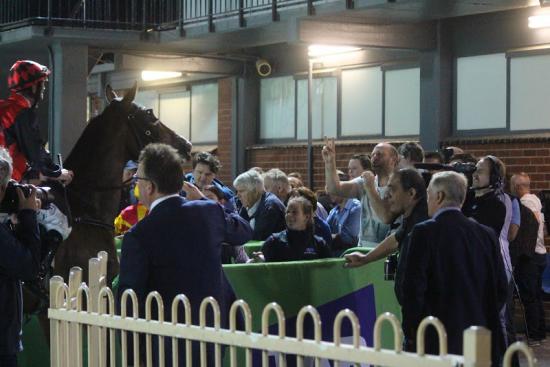 The second leg of a Cranbourne double for the stable and Matthew Allen, Flying Geepee could not have been more impressive racing away to a 3 1/2 length victory in the Procon Handicap.

Having just his third run in - unlucky having raced wide when second at Pakenham at his previous outing - Flying Geepee has always shown a bit of distance promise so it is to his credit that he was able to win so easily over just 1400m.

"He is a nice horse who is already thereabouts," Robbie Griffiths said, "and I am looking forward to stretching him out in distance."

A $40,000 purchase at the 2014 Inglis Easter Yearling Sale, Flying Geepee is a son of Flying Spur. He is the first foal for the Unbridled's Song mare Registered Nurse, a daughter of the Sadler's Wells mare Moon Queen who was successful at Group level in the US and France.