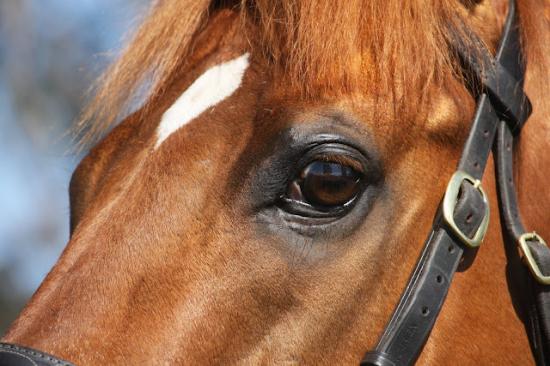 It was an exciting two horse war that Mai Shiny Choice emerged victorious from at Pakenham on Thursday night, the lightly raced three-year-old showing plenty of heart to get the upper hand late.

In doing so breaking his maiden at only his fourth start, the son of Choisir (pictured) gave a big group of owners plenty of reason to cheer - and there were plenty on course from the Australian Thoroughbred Bloodstock group to celebrate.

Unplaced at his first two runs last April, Mai Shiny Choice benefitted greatly from being gelded and he still has plenty of upside.

"He has made a lot of improvement since his first preparation," Reid Balfour said, "and I'd say that he will go even further than the 1400m."

"And the soft conditions didn't bother him tonight which is a plus going forward into the winter months."

Jockey Brad Rawiller was happy with how tractably Mai Shiny Choice - who has in the past been inclined to pull - raced.

"He relaxed well, got a nice sit and a good cart into the straight. He had a little stargaze in the run home but he found the line well. He will be all the better over a mile and maybe even further."

His dam is the now retired Keltrice mare Shiny Mai who hails from the family that produced superstar Black Caviar.