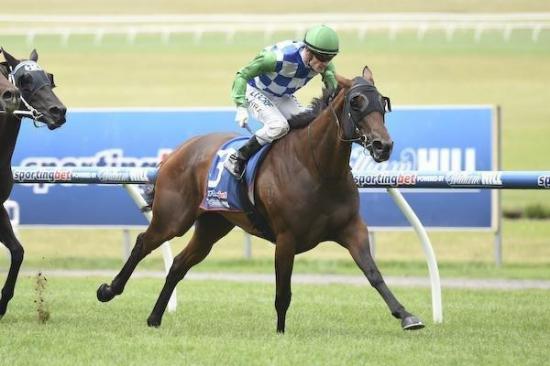 It was a barnstorming victory for It's One - the second leg of our Pakenham winning double on Thursday night - the talented five-year-old giving her rivals a big start leading into the straight but swamping them late.

Second last and last for most of the 1200m contest, the O'Reilly mare hooked out widest at the turn and really let go, putting her nose out close to the line to record her fifth win from 25 starts.

And at really nice odds too, though her win was not a shock with her first up form better than it looks at first glance.

"She is a good mare on her day," Reid Balfour said, "and we thought she'd be finishing off strongly."

"She did everything right tonight and Dale rode her well. He did was he was told and she did the rest!"

Having his first ride on It's One, Dale Smith was impressed - "not too many horses made up that sort of ground tonight so she did a good job defying the pattern."

"She appreciated the good tempo and she balanced up nicely for me and really finished off. She got a little bit tired over the final 50m so there is improvement there."

Raced by Broadway Park, It's One is a well related granddaughter of the stakes winner Tristachine from a family that provided one of the big sellers at this week's Inglis Easter yearling sale - a $1.2 million filly out of the Gr.2 winner Hips Don't Lie.