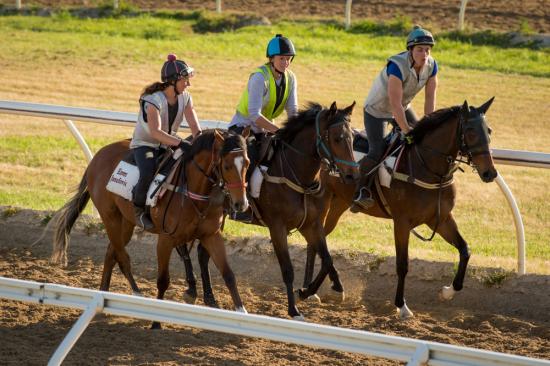 It had been a while between drinks for Another Martini but he was seen at his best at Wangaratta on Thursday, recording the second leg of a winning Robbie Griffiths and Andrew Mallyon double.

Jumping well but drifting back from the outside gate, the consistent four-year-old hooked out widest into the straight, winding up gradually and putting his nose out right on the line.

"The drop back to 58 level was probably the key today," Reid Balfour said, noting that Another Martini had not been far away in stronger races and his previous runs.

"This is a beautiful surface here today and Andrew rode him very well. He should get a bit of confidence from that and having won his maiden over 2000m he has the scope to get further. We should be find another suitable race for him."

Andrew Mallyon admitted that it was not his intention to settle at the rear - "I was going to go forward but he didn't jump quite well enough and there was a bit of speed early so I went straight to Plan B."

"I just rode him where he was comfortable and we got a beautiful drag into the race. He is a horse who likes a bit of room down the outside and he was nice and strong to the line, sticking his head out at the right time."