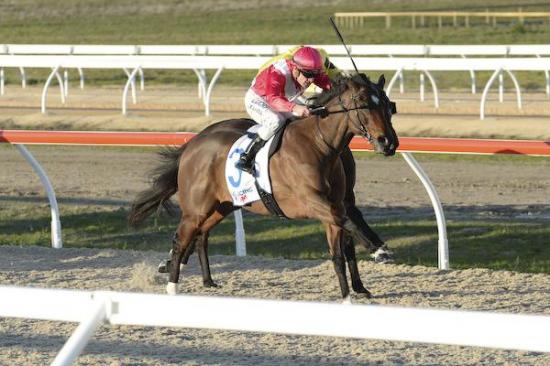 A horse with a love affair for the synthetics, Prix D'Or was back to his best with a barnstorming victory at Pakenham on Thursday.

Out of the winner's circle this year, the son of Redoute's Choice had nevertheless been performing consistently without always having the best of luck.

But things went his way at Pakenham, a strong pace ensuring that he got a good run and he was too strong in the run home, wearing down the leader and getting clear late.

"He had been out of form for a while but last start he showed a glimpse of his best," Reid Balfour said, "and with the pace on today he was suited perfectly."

Stepped up to 1400m for the first time, Prix D'Or recorded the fourth success of his 16 start career.

Confident during the running, Balfour said that he "had a grin from ear to ear" when he noted how fast the leaders were going.

"They were going that quick, it worked out beautifully for him."

Riding the five-year-old for the first time, jockey Mark Zahra was also happy during the race - "the further he went the better he travelled," he said, "and I was pretty confident heading into the straight."