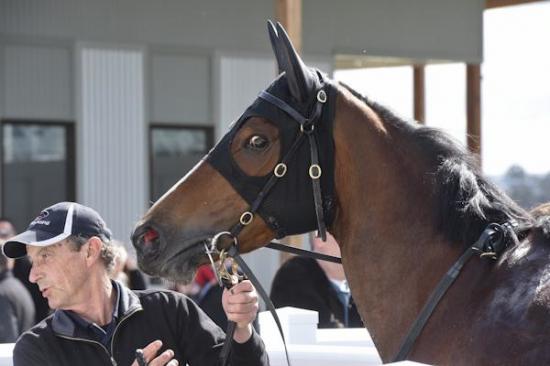 It was a winning day for the stable at Sunday's transferred (from Sale) Pakenham meeting - two runners, two winners!

The first of which was the lightly raced mare Sweet Clementine who was back to her best at only her second run this time in.

An eye-catching fifth when resuming at Geelong on August 11, the five-year-old struck a similar race second up and a good tempo ensured that she was in with a winning chance.

Drifting back to second last, she was into the clear straightening though the leaders were kicking strongly. Over the last 50m however Sweet Clementine really wound up, charging late to secure victory right on the line.

"She was fantastic when resuming," said a delighted Robbie Griffiths, "and it was great to have Mark (Zahra) on her again - he put her in the perfect spot to get the job done."

A three times winner from just 11 starts, Sweet Clementine is a mare with plenty of upside - "I am sure she will continue to step up through her grades as we lengthen her in distance," Robbie said.

Sweet Clementine was part of a good few days for the broodmare Miss Academic whose son Unruly Student won at Ballarat last Thursday.