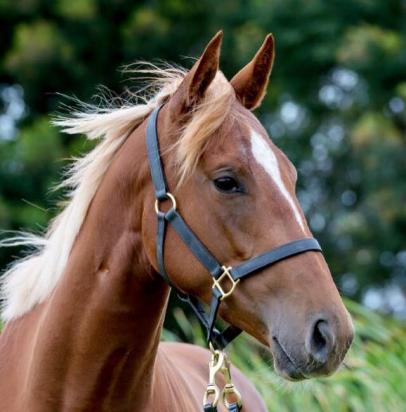 There is no better way for a young horse to kick off their career than with an easy, confidence boosting victory and that is just what Koh Chang did at Geelong on Friday.

Lucky enough to strike a race of only four contestants, the flashy daughter of Strategic Maneuver had shown us enough on the track to suggest that she'd prove hard to beat and she was always travelling nicely outside the leader.

Hitting the front with 200m to go, the chestnut quickly got clear and she looked to have plenty in hand as she raced away by two lengths.

"We thought she would run really well," Reid Balfour said, "and she put pay to them pretty easily."

"She was pretty switched on for a first starter," reported jockey Chris Parnham, describing the three-year-old as "a straightforward" filly.

"But she does still have a bit to learn," he said. "She was a little bit naughty behind the gates but it will all come to her with time and I think there is a lot more to come from her."

A home-bred for Colin Charteris, Koh Chang is out of the Seidnazar (by Rory's Jester hence her eye-catching looks!) mare Madam Sash whose grandam is the Tranquil Star Stakes winner Chador.

Placed at her only start, Madam Sash also has a two-year-old full brother (Electric Sky) in the stable and we are looking forward to seeing what he can do on the track.