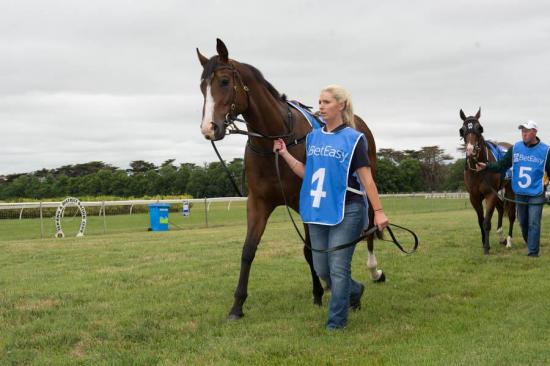 A duo of first up winners was a lovely way to end the Pakenham programme on Tuesday, the stable first cheering on Sweet Clementine and just half an hour later Pure Addiction whose fast-finishing victory was similar in style.

Both horses got back, hooked and wide and were strong to the line with Pure Addiction able to record his second win from 15 starts.

Racing for the first time since last winter, Pure Addiction raced in stronger company last time in, this race the lowest class he'd stepped out in since breaking his maiden at Terang in December 2014.

And so he was able to prove a class above his rivals, his winning margin an impressive three lengths.

A son of Purrealist who was recently exported to China, Pure Addiction is raced by a big and happy group led by Pure Moral Racing. A $45,000 purchase at the 2013 Magic Millions, he is a son of the two times Group winning Desert Sun mare Moralee.

Born a year after Desert Sun's most famous daughter Sunline, Moralee has done a good job at stud producing five winners including the Group Three placed Karalee who is turn dam of the stable's stakes placed filly Princeton Miss.