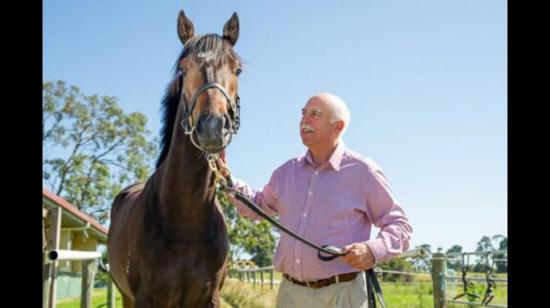 A horse with good natural ability - but who still does a fair bit wrong - Sogno D'Oro was able to impressively break his maiden at Benalla on Tuesday.

Doing a fair bit of work from a wide gate, the lightly raced three-year-old showed good pace and was always travelling well but when asked for his effort in the run home just wanted to hang out.

"I thought we had them covered easily," reported jockey Damian Lane, "but he just wanted to get his head on the side."

Despite that Sogno D'Oro still found the line well, winning in the style of a horse with plenty more to offer.

"When the penny drops he is going to make a nice horse," Lane said, "and hopefully that win will do him the world of good."

"He has still got a bit to learn but he is coming along nicely," she said.

"He had to do it hard from the wide gate but he still managed to get the job done."

An eye-catching type by Medaglia D'Oro, he is the first foal produced by the talented mare Amberino who won ten races including the Gr.2 Emancipation Stakes.

Thanks to Sharon Chapman of this lovely photo of Sogno D'Oro with part owner Anthony Zoanetti.