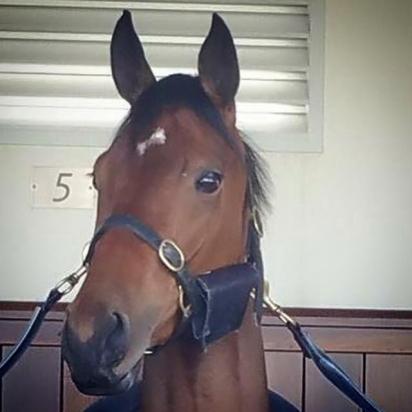 It was a tough victory recorded by Single Note at Warrnambool on Thursday, the four-year-old unable to get out wide into the best going on the heavy track but still able to find the line.

Travelling nicely along the rails, Single Note saved ground turning as others scouted wide but the leader in a better part of the track had given a kick and got clear.

Not to be deterred Single Note rallied gamely, finishing off strongly and getting the upper hand over the final 100m.

"I didn't really want to be there (on the rails)," jockey Matthew Allen reported. "I wanted to get out wider but we were forced in."

"It was a pretty good effort," he continued - "she dug deep and won well."

It was the second win from 13 starts for Single Note who was sent out favourite on the strength of her close up Flemington fourth at her previous outing.

Raced by a big group of happy owners headed by Bambatu Thoroughbreds' Peter Macvean and Andrew Lafontaine, Single Note was bred by our friends at Hillside Thoroughbreds.