A Lovely Send Off 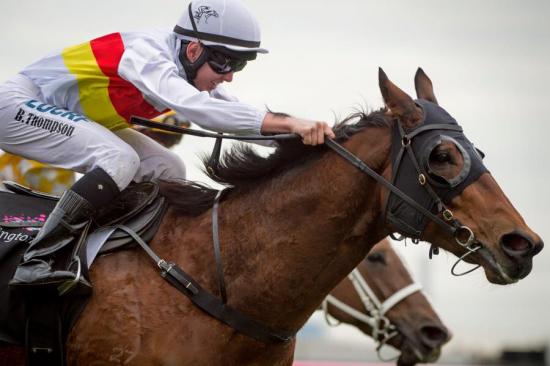 What a send off it was for gutsy mare Nadeem Lass at Flemington on Saturday, the seven-year-old finding the line in determined fashion at her final outing... and it was a great present for Robbie who was celebrating his birthday!

A mare who gets back and needs luck - and who has not always had it - Nadeem Lass was beautifully ridden by Ben Thompson who had her travelling sweetly midfield with cover.

Mindful that the bay is at her best when saved for a late surge, Thompson nursed Nadeem Lass, letting her go late and she charged through to put her nose out close to home.

Pleased that he had ridden the mare on a couple of prior occasions, getting to know her, Thompson said that he had to call on his patience with Nadeem Lass travelling so well.

"I was getting itchy feet at the 400m but I counted to ten before letting her go."

"She began really well and there was a bit more pace in the race than there was on paper so she settled beautifully."

Nadeem Lass retires to stud - for a date with Criterion - as a four times winning three times Group placed winner of over $465,000 in stakes.

Now owned by Gleneagles Stud, she has been a great mare for her previous connections who were on course at Flemington to cheer her on, a few sentimental tears shed.

Her dam is the city winning Danzero mare Danrego, a half-sister to the multiple Group One winner Eremein.