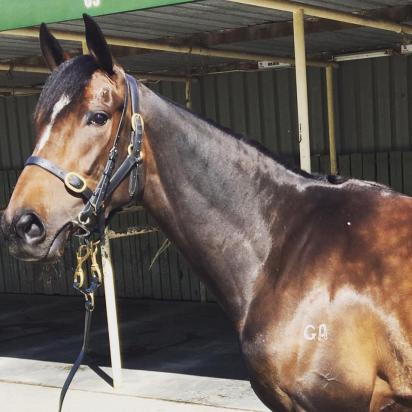 It was winner number ten for the champion So You Think at Mornington on Wednesday - and what a great price So Distinct was for those who had a flutter!

Getting out to as much as 200-1, the attractive filly who has much of her grandsire High Chaparral's look about her, travelled like a horse much shorter in the market!

Jumping well for Luke Nolen, So Distinct enjoyed a good trail behind the leaders and when a split came early in the straight she was happy to take it - finding the line in the style of a horse with a bright future.

Saluting by 3/4 length, So Distinct had been pleasing the stable with her work leading up to the race.

"She got a bit lost at her first start," Jade Matthews said. "She was slowly away and wide there but in her trials she has always put herself in a good position."

Suited at the 1500m first up, So Distinct has always been considered a "nice staying prospect" and Robbie Griffiths gave Luke Nolen some cause for confidence when talking to him earlier in the day.

"He said her first run was a forgive me run and he was quite bullish about her," Nolen said.

"She was strong to the line today," he added, "and I don't think it was a fluke."

Bred by Rosemont Stud and purchased by Robbie with Peter Ford at last year's Inglis Melbourne Premier, So Distinct is raced by a happy group led by great stable client Colin Pearce.

Bred on a 3 X 3 cross of the legendary stallion Sadler's Wells, So Distinct is the first foal produced by the Danehill Dancer mare Doubleyou One, winner of a 1400m Bathurst maiden.

A full sister to the VRC Oaks placegetter Summerbliss, Doubleyou One is a granddaughter of the Group One mare Infamy from an outstanding international family - one that produced last year's Melbourne Cup hero Prince Of Penzance.