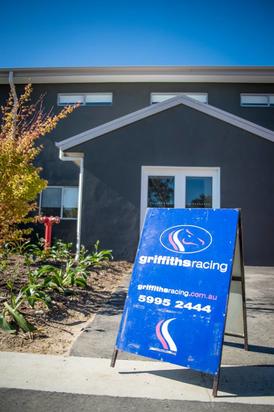 It was a due maiden victory for Time To Sail at Sale on Friday, the consistent mare having never been far away despite often making it difficult for herself with slow starts.

However she had use of a barrier extension this time and whilst still not the best away she was better than usual! Still settling at the rear she was however not too far off the leaders and coming to the turn was cruising for her regular rider Nathan Rose.

Winding up nicely, Time To Sail saluted by just short of half a length, not a wide margin but it was a soft win and she looked to have plenty in hand.

"She sprinted really well when I asked her," Rose said. "The firm tracks really benefit her and she should pick up another race this preparation."

"She is very honest," said Reid Balfour, "and she deserved that one."

Bred by Gilgai Farm and picked up by Robbie and Peter Ford for a bargain price at the 2014 Inglis Melbourne Premier, Time To Sail is by the multiple Group One winner Henrythenavigator out of the South Australian Oaks winner Watches.