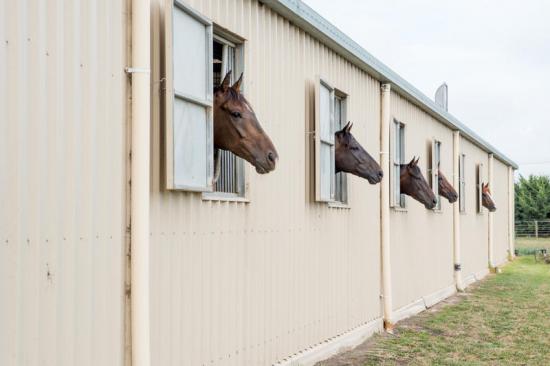 It has been a great few days for nice horses breaking their maidens and another one was Purely Precious who was so dominant at Benalla on Sunday.

Drawn awkwardly in a small field, Purely Precious began well for Daniel Moor who eased her back so as not to be trapped wide before picking up ground as the field settled.

Enjoying a nice trail in fourth position, Purely Precious was always travelling well, cruising up to the leader straightening and getting clear from the 220m to win by 1 1/4 lengths.

"He has always run well but has needed things to go her way and they did this time," said Robbie Griffiths.

"Aided by a beautiful ride by Daniel it was nice for her to get a win on the board and a great reward for her owners."

She is the second runner and second winner for the Stratum mare Will Rock who recently produced a filly by Written Tycoon.