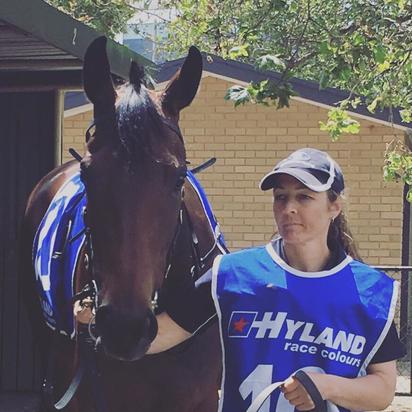 There is plenty to come for Platinum Power, a filly on the up who was game to the line breaking her maiden as an odds-on favourite at Mornington on Tuesday.

Appreciating a step up to 1500m at just her third outing, the promising bay settled midfield for Ryan Maloney and really knuckled down over the final stages, putting her nose out right where it counts.

And whilst the margin was not a big one, Maloney was impressed, noting how green Platinum Power had been during the run.

"She didn't get around the corner well and she was all over the shop. She's still got no idea what she is doing. But she did enough to win."

"She will take a bit of time to furnish," he continued, "and anything she does this time in will be a bonus."

"We thought she'd win with a bit more authority than that but she is clearly still learning her job."

"She has got better with each start and hopefully will continue to do so."

Bred and raced by Yarradale Stud's Ron Sayers (racing in his distinctive chess piece colours), Platinum Power is a daughter of one our favourite stallions Commands and the successful broodmare Verse.

She is winner number six from as many foals to race for Verse who is also dam of the triple Group winner Lamasery (also by Commands) and the metropolitan winners Rivalled (another Commands) and Spun Dry.

This year's Group One galloper Holler also hails from this prolific black-type family as does Victoria's hottest stallion Written Tycoon.