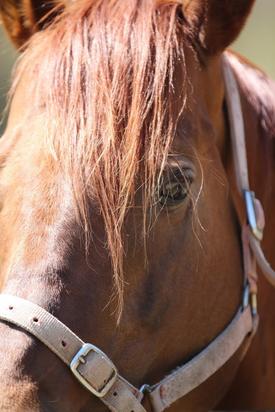 It was a lovely bounce back to form for promising filly Love In The City at Pakenham on Thursday evening, the three-year-old doing a great job breaking her maiden at only her second run this time in.

And it was a particuarly encouraging performance as she'd had no luck first up, pulling up lame behind having bumped herself in the gates as the field broke.

Last of eight on that occasion, Love In The City fortunately recovered quickly from that setback and at start number four was always travelling midfield along the rails for Jye McNeil.

Gaining a split early in the straight, she boldly took the run, wearing down the leaders to win by just short of half a length.

"The race was run quite slowly so we were able to lob into a nice position from a good barrier," McNeil reported, "and she travelled really well throughout."

"She wasn't afraid at all to take the gap. It started to close as we got in there but she was really brave bursting through... and she was running away with it at the end."

A home-bred for the Brown family, Love In The City is a daughter of Larneuk Stud's Randwick Guineas winner Ilovethiscity (pictured) and the two times winning Western Symphony mare Star Cast.